House prices: eight in 10 homes out of reach of families on average wages


Shelter figures show true extent of UK housing crisis, with only 1% of homes affordable in Exeter and 3% in Hertfordshire 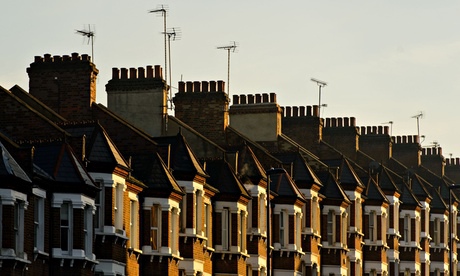 In London, rocketing house prices mean that in 14 boroughs there is not a single property that a family on average wages can afford. Photograph: Dominic Lipinski/PA

Fewer than two in every 10 homes for sale in England are affordable for working families on average wages. And in some areas, would-be buyers are priced out completely, even if they can raise a sizeable deposit, according to figures from Shelter that underline the extent of the housing crisis.

Rocketing house prices in some regions, combined with stagnant wage growth, have combined to push homes out of the reach of buyers, so much so that in more than half the country fewer than one in 10 of the suitable homes on the market was affordable to families who could put a typical 18% deposit towards their purchase.

"When a family looking to buy their first home searches a whole town for a place to live and finds nothing they can afford, it's clear we're not just facing a housing shortage: it's a full-blown drought," said Campbell Robb, chief executive of Shelter.

The latest figures from the Office for National Statistics put the average price of a home in England at £271,000, although the headline figure disguises big regional differences.

Shelter's research, based on the asking prices of all homes listed for sale on property website Zoopla on a single day in April, assumes that homebuyers can borrow up to 3.4 times the average local income to finance a purchase and that couples with children will typically be earning one full-time and one part-time salary.

On this basis, the charity said there were 14 local authority areas in London where not a single two-bedroom or larger property was affordable to a typical family, and in 13 there were no one-bedroom homes within reach of the average first-time buyer.

The affordability crisis is, unsurprisingly, greatest in London, where prices have risen by almost 20% over the past year. Shelter found that in all 32 of the capital's boroughs fewer than 10% of homes were affordable to couples with children. For single buyers, this figure extended to the entire south-east and south-west.

However, beyond the capital other parts of the country presented little in the way of choice. In Exeter, just over 1% of homes on the market were affordable for the typical family (eight out of 553 for sale); in South Lakeland in the north-west it was only 4% (43 out of 1069 for sale); and in Herefordshire only 3% (46 out of 1,751 for sale).

Shelter said that despite the government's Help to Buy scheme, designed to make 95% mortgages more easily available to first-time buyers and those remortgaging, many families were still barred from the market by the cost of servicing a mortgage.

Robb said: "Help to Buy or tweaks to planning rules will only ever be sticking-plaster solutions. Bringing a stable home back within reach will take bolder action like helping small local builders to find the finance they need to get building, and investing in a new generation of part-rent, part-buy homes.

"What we need right now is for politicians to roll up their sleeves and make stable homes for the next generation a top priority."

Emma Reynolds, Labour's shadow housing minister, said: "It's shocking that four out of five first-time buyers are being priced out of home ownership. Unless we build many more homes, working people will be denied their dream."

The research did not include shared-ownership properties, which are designed to provide buyers with an affordable route into the property market.

Recent figures from the department for communities and local government showed that starts on new affordable homes to buy, through programmes including shared-ownership, fell to 7,494 in the 2013/14 financial year, from 8,090 the previous year.