The big EU questions: With less than three weeks to go before the potentially epoch-making vote on British membership of the EU, the debate so far has been characterised by bias, distortion and exaggeration. So from now until the referendum we are running a series of question and answer features that will explain the most important issues in a detailed, dispassionate way to help inform your decision

Why are we asking this?

Because there have been some lurid headlines about what Brexit would do to the value of our precious bricks and mortar. Analysts at Deutsche Bank and the credit rating agencies S&P and Fitch have all warned in recent months that voting to leave the European Union would instantly reduce the value of UK houses. The International Monetary Fund mentioned the possibility of house price declines too. But the biggest splash was made last month when a Treasury analysis suggested average house prices could be between 10 and 18 per cent lower by 2018 in the event of a UK vote to leave the EU.

So prices would definitely fall then?

Well, not necessarily. Despite the slowdown in the wider economy, house prices are still rising fast. They rose at a rate of 9 per cent a year in the year to March 2016 according to the Office for National Statistics. And prices are projected to increase by roughly a further 10 per cent by the end of 2018 by the Office for Budget Responsibility. So if prices were 10 per cent lower than they would otherwise be by 2018 (using the Treasurys own figures) that implies prices could actually be flat on today in cash terms.

But why would house price growth be impeded by Brexit anyway? 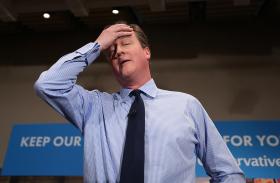 According to the assumptions of the Treasurys economic modelling, Brexit would bring about an increase in the general cost of borrowing across the economy. This, in turn, would crush demand for housing and lead to fewer transactions. And this would have a negative effect on price growth. Some also argue that Brexit would hammer foreign investment in UK, particularly from EU citizens, which would hit the top end of the London property market by reducing investment. So-called prime London has been a major beneficiary of these cross-border flows of capital in recent years.

Is there any evidence to back these assumptions up?

Weve had a fair few booms and busts in the UK housing market over the years on which to make such assumptions. The most recent bust was in January 2008 and July 2009, when prices fell 16 per cent. That coincided with a credit crunch and a rapid drop in the value of the pound. The cost of borrowing did rise in that period and it became much less available as the banks reined in their lending, which is consistent with the Treasury modelling assumptions. An increase in borrowing costs in the early 1990s, as politicians jacked up interest rates to fight inflation, was also largely responsible for tanking the UK property market. But there was also a global financial crisis driving the market down in 2008. And the scale of the increase in interest rates in the 1990s was enormous.

So how bad would is it really likely to be this time?

The chronic lack of supply of new build homes could help put a floor under prices in the event of a credit shock. Countries such as the US, Spain and Ireland saw much bigger declines in average house prices in 2008/09 than the UK. That has been attributed to the fact that those countries experienced pre-crisis building booms which ramped up the supply of new homes, whereas in Britain there was no comparable building boom. No one expects house prices to rise in the event of Brexit, but it is impossible to say with any confidence exactly what the magnitude of the negative impact would be on house prices because of those big uncertainties about supply, demand and the price of credit.

Some also argue there is a natural resilience to foreign investment in UK housing which could withstand even Brexit. The UK and London in particular has always had a draw for foreign investment, not only from Europe but much further afield, and I would expect this to continue whatever the outcome, especially as people come for many reasons including schools and the lifestyle says Dominic Agace of the estate agency Winkworth.

Thats one of the responses of the Leave campaign to the Treasurys forecast. Some have argued that we should welcome lower prices because that will help make homes more affordable. And Chris Grayling, the pro-Brexit Tory Lead of the House of Commons, has tried to expand on this theme, arguing that staying in the EU will make it even harder for young people in the UK to buy a house due to immigration from the Continent which, he claims, is driving up domestic demand for housing