The Scottish city where house prices are dropping dramatically 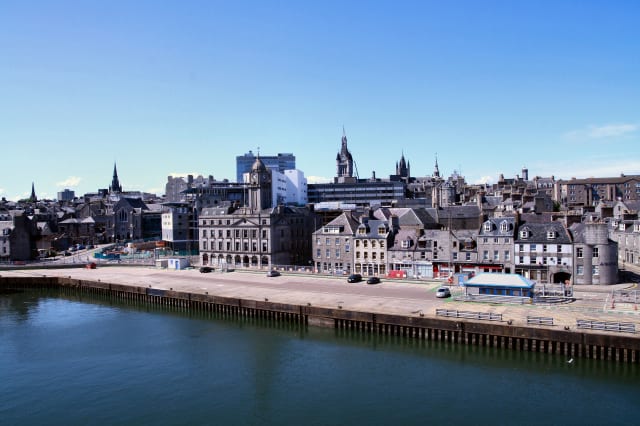 It might be good news for those looking to buy a property in one of Scotland's major cities this year.

While house prices are continuing to rise in the south in cities such as London and Bristol, house prices in Aberdeen have dropped, Hometrack found.

The property analysts report that Bristol is the city with the fastest rising city house prices, closely followed by London, Cambridge and Southampton with Portsmouth rounding out the top five.

The Hometrack UK Cities House Price Index analyses the market trends at a city level across 20 cities, regions and nationally.

Cities with fastest rising housing prices
Prices have been rising thanks to an increase in investors snapping up properties early on in 2016.

Changes to stamp duty earlier this year in April is also thought to have contributed to a rush in those wanting to get their hands on a property before the changes were introduced, the Mirror reports.

The most significant increases have been seen in Bristol with a percentage rise of 14.7% while London has seen an increase of 13.7%.

But what about at the other end of the spectrum? While prices might be rising in the south, the same effect isn't being felt in the north of the UK.

The Scottish city saw a -8.2% increase in house prices which is even more notable when compared against Belfast which is next on the list with 2.6%.

Aberdeen is currently the only city on the list with a minus figure representing its housing prices.

The May report showed a price increase of -4% in Aberdeen which, when compared with the June figures, illustrates the significant drop.

While Aberdeen has seen a sharp decline, the opposite is happening at the other end of the scale.

Although still rising, the increase in house prices in major cities such as Bristol and London is slowing, with Bristol only showing a 0.6% increase between May and June.

Leeds however appears to be in the midst of a property price boom. The northern city registered an increase of 3.7% in May but shows a sharp uplift to 7.6% in June.

For those wanting to learn more, you can make your way to hometrack.com to find out more about the state of property prices in your area.
money.aol.co.uk