Foreign investment is up and millennial perma-renters are hopeful  in the referendum aftermath its all change in the property market. Lucy Tobin investigates 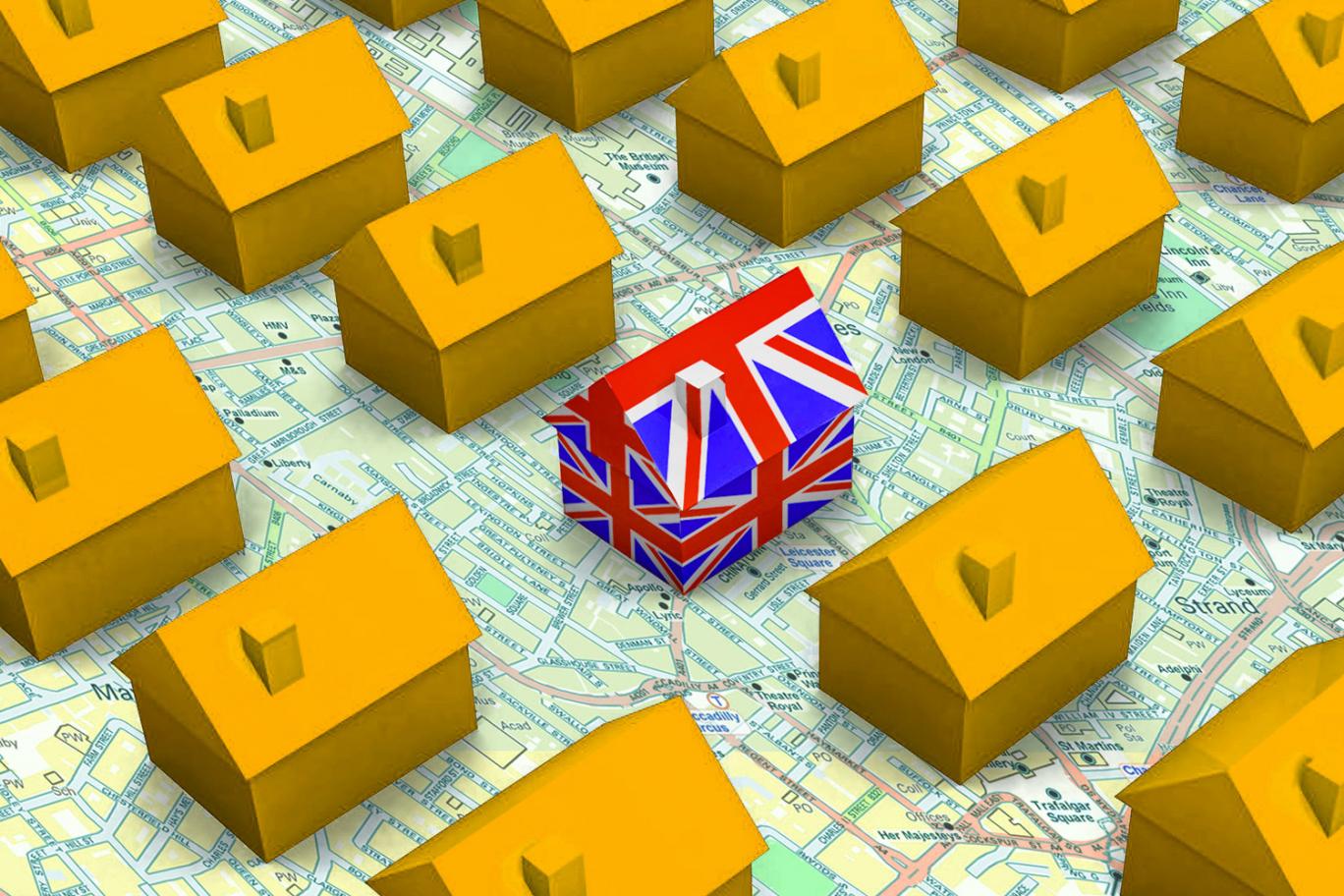 Waiting to order a Pimms at the bar of a pub in Archway this weekend, two skinny-jeaned fiftysomethings standing next to me were moaning about their offspring: Id really hoped to be an empty-nester by now. Theyre both nearly 30...

Her cider-supping friend rolled her eyes and pointed out that shed been saying the same thing for the past decade. Yes, was the response, but Brexit! I only voted Out because everyone said house prices would collapse. I thought theyd be able to ... leave. Thats why I voted Leave.

Remainers warnings of a post-Brexit house price crash was only one way Londons housing problems stalked the referendum. There were millennial renters (and their parents) angry about immigrants pushing up prices, and there were those hoping a Brexit wake-up call would make their first family home an affordable reality...

The property market might yet take a tumble: as Philip Waterfield, director at east London estate agency Strettons, puts it: If Im honest  and what estate agent isnt?!  its too early to say whats really going to happen.

But a month on from the Brexit vote, agents report strange happenings on every rung of the market. The plunging pound has put Londons property internationally centre-stage: over Hong Kong dim sum and cocktail parties in New York, the talk is all about whether now is the time to buy up the capitals property  with foreign interest up by 50 per cent according to prime agents.

Some major home-building projects have been mothballed  and Barratt, the UKs biggest housebuilder, has already said it may cut the pace of construction ahead of an expected economic slowdown. Still, the chronic housing shortage means that if politicians need a stimulus project to chuck more cash into consumers pockets, the City reckons a help to buy-type scheme is top of their list.

Its got to happen  and it would feed into the Governments desperation to prove that London is open to business, says one north London agent. Well, thats what were hoping for. For commission reasons anyway

So whats really going on in the post-Brexit housing market?

Bad news for the five hipsters sharing a two-bed with one loo in Catford: the rental market hasnt cooled since Brexit.

While the capitals twenty- and thirtysomething renters almost all voted to stay in the EU, few are (yet) deciding to migrate: demand is holding up. The only slight change is on contract lengths, says Jonathan Hudson, London representative of the National Association of Estate Agents. Some young international tenants working in finance for big multinational companies have asked for options to renew after one year rather than agreeing two- or three-year tenancies, as they might have done before.

More rental flats might be coming to market, though: A lot of clients that Id lined up to sell post-Brexit  wed already made up their particulars  are now too edgy and deciding to rent out instead, one south London agent reports.

Landlords fear-factor was a boon for City PR Kelly Hollidge, 26. My flatmate and I were in the process of moving flats in Clapham a week after Brexit, she says. When weve moved before its been a long, time-consuming process where weve been bidding for flats against others and landlords have had the power to pick from a long list of prospective tenants. This time, it took a few days  we were told by Foxtons, Haart and other agents that Brexit had put the fear into landlords who have multiple properties: if they had vacant ones they were panicking about getting people in, just in case there was a stock market crash and recession hit hard.

Brexit has also put an end (for now) to the trend for London-renting, suburbia-owning. Some of my friends, who cant afford to buy within the M25, and I were trying to buy a cheaper pad up north to rent out, a newly-qualified City lawyer tells me. But Brexit has put anything remotely risky like that on hold. Its rent-only for now. 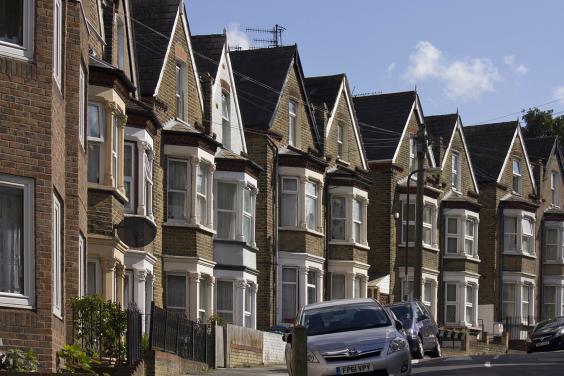 Bad news for those seeking the half-a-million pound grown-up house (the three-bed with a garden that might be in Bromley but really is A THREE-BED WITH A GARDEN): in housing market terms, this is the area thats as dead as Boris Johnsons post-Brexit social life.

Weve seen a stall in the typical residential family home market and, in real terms, values might fall five to 10 per cent over the next six months, says Waterfield. For those who do find a dream home on the market, the agent adds, paying for it might never be cheaper. If the [Bank of England] base rate goes to zero, as predicted, it is likely to further reduce mortgage rates so its a good time for new buyers to take a low fixed-rate mortgage. There are already 10-year fixed offers available.

But theres really not a lot around: uncertain would-be vendors cant afford to slash their price to make a sale, so theyre holding tight. Stock is low, buyers are holding out on an interest rate decision and estate agents in this market are so bored that theyve got intra-office Pokémon Go tournaments running.

Or less scrupulous office activities: one house-hunter who has been looking to buy in east London for months  and been gazumped three times  reports: Every property Ive viewed, and been told has been snapped up, is suddenly back online  at the same price.

When I excitedly call up to find out more, though, it turns out that they arent being relisted, its just that no new stock is coming on so a bunch of agents are faking it.

Elspeth is turning three next week and, Brexit repercussions or no Brexit repercussions, her parents Richard and Cary can wait no longer to secure their Victorian four-bed in catchment areas of their two most-adored primaries. And so, in the burbs, its business as usual, says Jeremy Leaf, a north London estate agent and former RICS residential chairman. Within a few hours of opening after the [referendum] result, our North Finchley office agreed terms just below the asking price on a four-bedroom house, while offers were accepted on six other properties in the following seven days and four exchanges of contract took place on one day alone that week  more than we might have expected at this time of year, he says. One buyer, who works extensively in Europe and was concerned about future job prospects, withdrew from buying an East Finchley flat  but another buyer swooped in an hour later. None of our transactions, viewings or market appraisals have been cancelled. A spot of political upheaval wont get in the way of Elspeths SAT results

While Britain celebrated/bit its nails/made up an amusing meme in the Brexit aftermath, the pounds plunge saw the rest of the world salivating at the chance to snap up property bargains in London like teenagers at a Topshop sale.

We have seen a significant spike in overseas enquiries, mainly from the Far East, Hudson reports. Some are watching the market whereas others are quickly making good of this opportunity while some UK-based buyers snooze.

Jo Eccles, managing director of house-buying agency Sourcing Property, which focuses on zones one and two, confirms that foreign investors are circling.

We have a number of foreign clients  many from Australia, South Africa and the US  who are taking tax advice with a view to investing over the coming weeks.

Theyre either looking to invest in smaller new-build schemes or buy period conversions worth to £1.5 million in up-and-coming areas

Some wallet-busting, marble-covered projects are still soaring ahead  at £150 million, the conversion of Admiralty Arch into residential space looks set to be the most-expensive London flat to ever go on the market  but not everything is selling.

Developers are definitely open to offers in this market, Eccles reports. Two years ago, we acted for a buyer who offered 5.5 per cent below the asking price for a £6.25 million new-build in Kensington. At the time the developer wouldnt entertain any price reductions at all. Now theyre getting offers that are 10 per cent off the asking price, and theyre considering them.

Meanwhile, investors who snapped up pricey London apartments off-plan in schemes such as Nine Elms and

Battersea riverside and One Blackfriars are now advertising them for less than they agreed to pay for them.

A three-bed flat in the Battersea Riverlight development  where buyers wont get the keys until next year  is being marketed at £1.89 million, with its listing originally pointing out that was less than the original purchase price from the developer in 2013.

Sometimes, though, when you need a £10 million flat with concept lighting and an underground tunnel to a five-star hotel, you just cant wait. Hudson says while the super-luxe market was surprisingly quiet after Brexit, confidence is returning: viewings on our new luxe developments have been really good in the last 10 days, with many suggesting they cant put their property searches on hold any longer.