Data revealing 8.7% jump includes week following Brexit vote, but experts say it is too early to judge impact of referendum 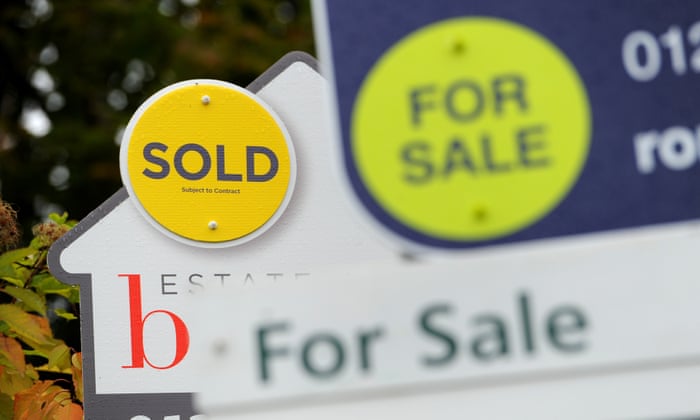 The average property price in the UK rose to £214,000. Photograph: Andrew Matthews/PA

Property buyers pushed house prices higher in June, undaunted by the prospect of the Brexit vote and warnings of an impending price crash.

The strength of the rise appeared to show a strong rebound from earlier in the year, when buyers were clearly nervous about the outcome of the referendum and its impact on the housing market.

The figures from the Office for National Statistics (ONS) included the week following the vote, which was expected to prompt an exodus of foreign buyers and a drag on property prices.

Property experts said it was too early to assess the impact of the vote, which many believe will slow growth over the coming year or even push prices into negative territory.

A report by the property website Rightmove earlier this week showed that home prices in England and Wales in July recorded their biggest fall since November last year.

Richard Snook, a senior economist at PricewaterhouseCoopers, said: We expect that the vote to leave the EU will have a significant impact on the housing market. In our main scenario, average UK house property growth will decelerate to around 3% this year and around 1% in 2017.

Cumulatively, our estimates suggest average UK house prices in 2018 could be 8% lower than if the UK had voted to stay in the EU.

London is seeing unfaltering demand for homes, and overseas buyers are playing a crucial part in sustaining this momentum, he said. Amid all the doubt and predictions in the last couple of months, Londons property market is still on a long-term upward trend, and prices are 12.6% higher than at the same time last year.

The ONS said the east of England was the fastest growing region over the last year, outstripping London, while the north-east and West Midlands were the only two regions to suffer month-on-month falls.

County Durham saw a 3% fall in average prices since last year, while Aberdeen, which has suffered a sharp rise in unemployment associated with the fall in oil prices, was the worst affected local authority with a 6.8% drop.

Less expected were falls in the London boroughs of Kensington and Chelsea and Hammersmith & Fulham, which saw falls of 6.2% and 3.2% respectively.

Shelter, the homelessness charity, said: Todays figures show once again that house prices are still way out of reach for average earners who dont have the bank of mum and dad to help them out.

A TUC report published last month showed that real earnings have declined more than 10% since the credit crunch began in 2007, leaving the UK equal bottom with Greece in a league table of wage growth.