The National Housing Federation calculates that £9.3bn of the £24bn housing benefit last year went to landlords in the private rented sector, up from just £4.6bn in 2005/06

Private landlords are indirectly receiving £9bn in housing benefit from the taxpayer, double the amount a decade ago, according to new research from the National Housing Federation.

The analysis confirms that the Governments soaring housing benefit bill is being driven by a sharp rise in the numbers of less well-off families forced into the private renting market.

The NHF says that in 2008 25 per cent of housing benefit recipients were renting privately, but that proportion has now hit 32 per cent, as the new supply of homes available for social rent has fallen well short of demand.

Over that period the number of private renters in receipt of housing benefit has risen from 1 million to 1.5 million.

It has been one of the fastest growing major items of Government welfare expenditure  and now accounts for 14 per cent of all welfare spending, up from 12 per cent in 2005. 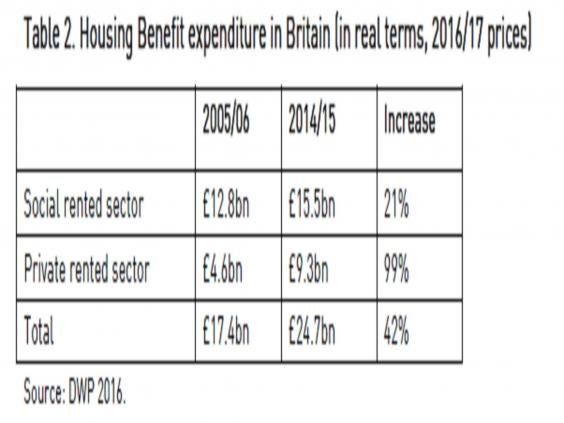 The average annual premium in London, where rents have been rising even faster than the rest of the country, is as high as £3,000. 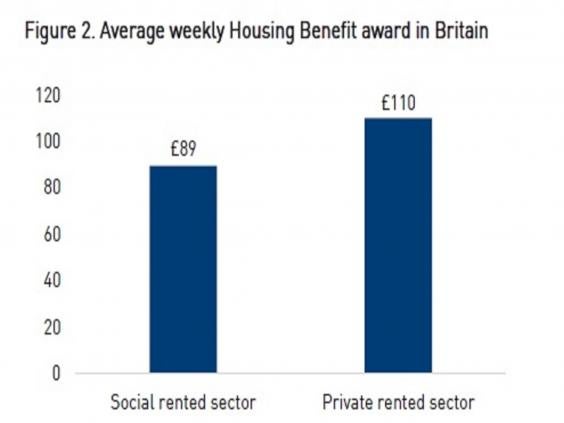 Families who would otherwise be unable to meet their housing costs are eligible for housing benefit, including those who are in work.

Almost half of all privately renting households who get housing benefit are in work  double the share in 2008.

Housing associations are not-for-profit organisations and charities that have a mandate to provide housing at below market rates.

Last year George Osborne tried to make savings to the overall housing benefit bill by cutting the rents that housing associations can charge tenants by 1 per cent a year for four years.

But the NHF insists this was a false economy since it would reduce the ability of housing associations to increase the supply of new homes, resulting in more families renting privately and ultimately exerting upward pressure on the housing benefit bill.

The NHF is calling on the new government of Theresa May to increase government capital grants available to housing associations to enable them to build more houses for social rent. Most of the governments current existing subsidy programme is geared towards creating affordable homes for sale, rather than rent.

It is madness to spend £9bn of taxpayers money lining the pockets of private landlords, rather than investing in affordable homes said the NHF chief executive David Orr.

The NHF argues that increasing grants available to housing associations will increase the overall supply of housing, curbing average rents and bringing down the housing benefit bill.

It estimates that if all those in the private rented sector on housing benefits lived in social housing the annual welfare bill would be £1.5bn lower. 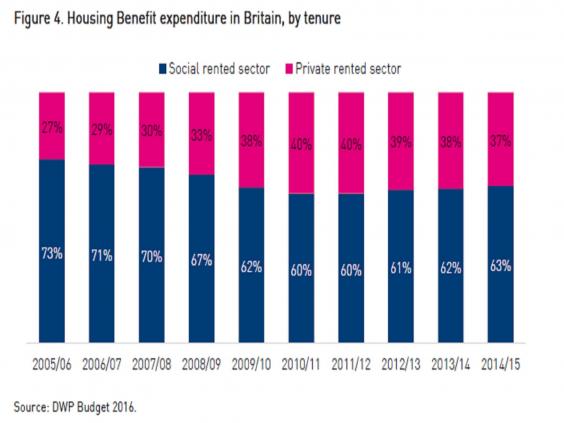 There are currently around 3.2 million tenants of housing associations, barely higher than the number in 2008.

In 2011-12 the English Housing Survey found that the share of total households in the private rented sector overtook the share in the social rented sector, which includes council house tenants.