Average price of home drops to £213,930 as summer sales slowdown pushes annual growth rate down to 6.9% 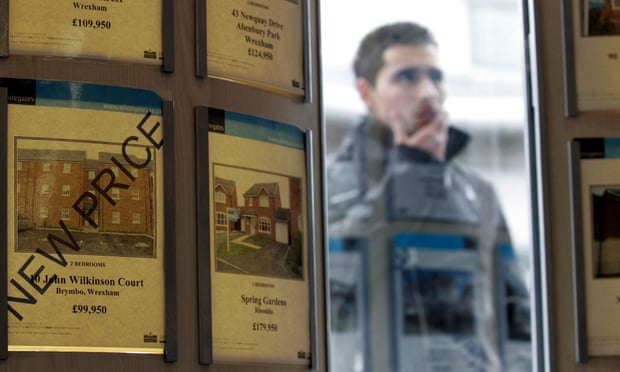 House prices fell by 0.2% over August, according to Halifax. Photograph: Paul Thomas/AP

House prices fell in August, amid signs of a slowdown in sales over the summer, according to the latest figures from the UKs biggest lender.

Quarterly figures, which are regarded as giving a better indication of the market than data for a single month, showed growth of just 0.7%. This was the lowest figure since December 2014, and has fallen markedly since peaking at 3% in February.

Activity in the housing market has dropped off since the early months of the year, when investors brought forward purchases to beat new stamp duty rates for second homes introduced on 1 April.

Since the Brexit vote in June, there have also been signs that buyers and sellers are holding off from entering the market, with the Royal Institution of Chartered Surveyors (Rics) forecasting a sharp fall in sales as a result.

Halifax said pointed to falls in both instructions to sell and mortgage approvals.

The banks housing economist, Martin Ellis, said: House price growth continued the trend of the past few months in August with a further moderation in both the annual and quarterly rates of increase. There are also signs of a softening in sales activity.

He added: The slowdown in the rate of house price growth is consistent with the forecast that we made at the end of 2015. Increasing difficulties in purchasing a home as house prices continued to increase more quickly than earnings were expected to constrain demand, curbing house price growth.

Jonathan Hopper, managing director of Garrington Property Finders which helps wealthy clients buy homes in the south-east, said a year ago many would have regarded such a slowdown in house price rises as cause for concern.

But in todays environment they are curiously reassuring  as they are further evidence that the post-Brexit property market is making a soft landing rather than slumping, he said.

With both supply and demand falling, the result is a benign stalemate  with average prices creeping up as the number of sales falls.

He said: Looking ahead, the forthcoming stagnation of households real incomes, as inflation picks up and firms moderate hiring plans, will subdue consumer confidence and constrain prices.

Meanwhile, the MPCs decision to cut Bank Rate to 0.25% last month, and likely further reduction to near-zero by the end of the year, will do little to revive the market, because lenders are widening spreads to account for the greater risks of lending during a slowdown.

Tombs said he expected house prices to edge down over the next six months, and to bottom out at around 3% below their pre-referendum peak.