London houses are second most over-valued in world - UBS 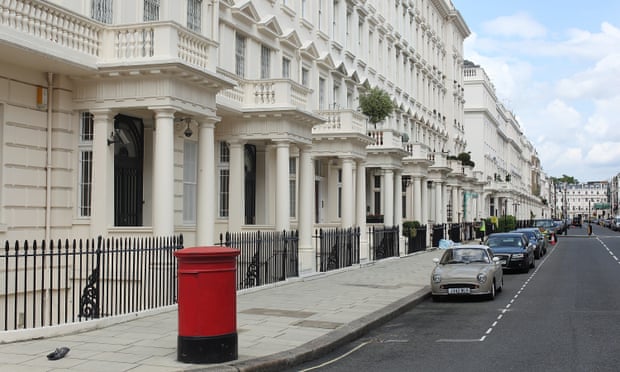 Luxury residential properties on Eaton Place, Belgravia, in London, one of the most expensive quarters of the British capital. Photograph: Bloomberg via Getty Images

London now has the second most over-valued property market in the world, beaten only by Vancouver in Canada, according to a new Bubble index compiled by Swiss bank UBS.

Two years of strong price growth, mostly fuelled by an influx of Chinese buyers, have pushed Vancouver above London, which was last years top city, as the place with the worlds most unsustainable house prices.

Economists at UBS compared prices in 18 cities against the economic backdrop in each country, and concluded that Stockholm, Sydney, Munich and Hong Kong are also in the midst of a property bubbles. UBS said the prices in each of the at-risk cities have increased by almost 50% on average since 2011.

All European cities are overvalued, according to the report, apart from Milan. Low-interest rate regimes across Europe have pushed prices in London, Stockholm, Munich and Zurich to record levels, after accounting for inflation.

UBS Wealth Managements Claudio Saputelli, said prices in the bubble cities are out of proportion to the local economic conditions, and inflation rates.

What these cities have in common are excessively low interest rates, which are not consistent with the robust performance of the real economy. When combined with rigid supply and sustained demand from China, this has produced an ideal setting for excesses in house prices.

San Francisco, which has also seen real prices rise by more than 50% over the last five years, is heading into bubble territory  despite a boom in the local economy, he warned.

New York and Boston were described as fairly priced while Chicago is undervalued. Valuations are also stretched, but to a lesser degree in Paris, Geneva, Tokyo and Frankfurt.

The report admits a bubble cannot be proven conclusively unless it bursts. However, it warns: The situation is fragile for the most overvalued housing markets. A sharp increase in supply, higher interest rates or shifts in the international flow of capital could trigger a major price correction at any time.