House price growth was strongest in the London commuter belt, with annual prices up 9.6% in the third quarter. Photograph: Bloomberg via Getty Images 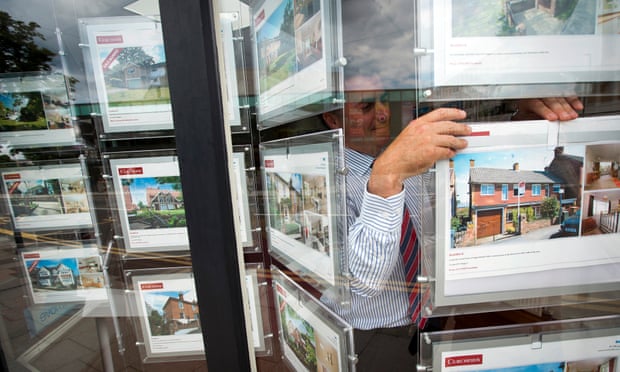 Growth in UK house prices slowed in September as demand for homes softened, according to the latest snapshot of the market from Nationwide.

The figures are the latest evidence that the Brexit vote in June has so far failed to trigger the collapse in consumer confidence feared by many. In the run-up to the referendum, remain backers including the head of the International Monetary Fund, Christine Lagarde, said a vote to leave the EU could lead to a crash in house prices.

Robert Gardner, Nationwides chief economist, said: The relative stability in the rate of house price growth suggests that the softening in housing demand evident in recent months has been broadly matched on the supply side of the market.

While new buyer enquiries have remained fairly subdued, the number of homes on the market has remained close to all-time lows, in part due to low rates of construction activity.

On a regional basis, house price growth was strongest in the London commuter belt, with annual prices up 9.6% in the third quarter. The market was weakest in Wales over the period, with prices down 0.5%.

Gardner said that while new home building was rising, the rate of growth was too slow to meet the needs of a swelling population.

The major housebuilders appear to have capacity to expand output, with most reporting land banks that could support around five years worth of construction at current rates of building activity. However, there is a risk that the uncertain economic outlook may weigh on activity in the period ahead.