Has Vancouver found the solution to a super-heated housing market?

In a radical move, the Canadian city now charges an extra 15% to any overseas investor buying property there. The short-term impact on Vancouver house prices has been startling  but will it last?

It is a concern echoed in cities across the Pacific Rim. In June, Sydney introduced a 4% stamp duty surcharge on foreigners buying homes; the following month, Melbourne hiked stamp duty rates from 3% to 7% for foreign buyers  in both cases to deter rampant property speculation.

Queensland, whose capital is Brisbane, has followed suit with an extra 3% duty surcharge that will be slapped on foreign persons buying residential property and land from 1 October. In Auckland, New Zealand  currently the worlds frothiest property market  property investors are, as of last month, required to put down at least 40% of the purchase price in cash. 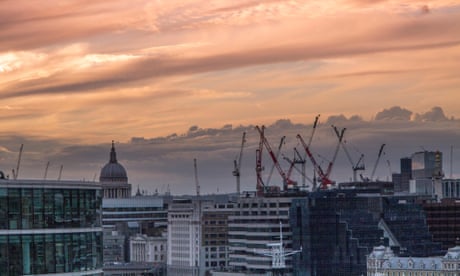 'This is just the start': China's passion for foreign property

A huge new wave of Chinese investment in overseas housing may be about to flow into the global market. In Hong Kong, Tom Phillips meets the salesmen who market British property to mainland China
Read more

Global property agents Knight Frank say there has been a big increase in cities and countries  from Switzerland to Fiji  imposing measures to deter foreign buyers in recent years. However China, traditionally one of the countries most resistant to such investment, eased its rules in 2015, with individual cities now determining the limits on qualifying foreign individuals and companies (in Shanghai, for example, the restriction is one property).

How long-lasting the impact of Vancouvers tax will prove is a subject of much debate. Greater Vancouvers Real Estate Board prefers to use measures that suggest the citys market has only dipped mildly.

And earlier this month Jing Li, a 29-year-old Chinese student living in the adjoining city of Burnaby, began a class-action lawsuit against the new tax. Li had put a 10% deposit down on a half-million dollar Vancouver townhouse in July, only for the tax to be imposed 12 days later.

The blocks landlords have served an eviction notice. According to Jordens, they are hoping to cash in on the boom by renovating the flats  and raising rents by 50%.

He says the renovation is unnecessary, claiming it is simply a device to circumvent rules protecting tenants. But amid spiralling rents elsewhere in the city, he says some of his neighbours have had no choice but to accept the landlords demands. One single mother with an 11-year-old child was temporarily evicted, he says, and has had to take on three jobs to afford the new rent.

People who have a good, decent-paying job cant afford to buy in Vancouver, and they can barely afford to rent, Jordens says.

The new tax, he adds, is just putting a Band-Aid on the problem, predicting that there will be ways around it with side-contracts. It has got to the point where the only solution has to be a no foreign ownership deal on the table.

But isnt Canada a country built on immigration? Jordens points to the thousands of unoccupied flats across the city, built for investors who often never reside there. If you are coming to live here, get a job and pay taxes, thats great. The trouble is they dont live here, and they dont pay taxes.

There are an estimated 10,000-plus empty apartments in Vancouver, of which a significant number are owned by foreign investors. In mid-September, 200 protestors from a new campaign group, HALT  Housing Action for Local Taxpayers  took to Vancouvers streets demanding action to control the market. Among the speakers were academics who argue that the Canadian home-owning dream is being crushed because they cant compete with foreign investors.

The protests appear to be working: an empty homes tax last week won the approval of city councillors and is set to be implemented next year. Even owners of empty Airbnb flats could be fined $10,000 for failing to comply. Vancouver is fast turning into a test-bed of initiatives to cool outrageous property prices and rents.

But over on West Vancouvers Marine Drive, home to plush waterfront estates (one sold for $50m last year), the citys biggest realtor to Chinese investors, Clarence Debelle, says the new taxes are driven by jealousy and envy.

He says the Vancouver market was slowing in any case, and that the 15% tax on overseas buyers will do nothing to help priced-out 25- to 35-year-olds buying entry-level apartments. But it could, he warns, destroy the local economy.

Virtually everything being built in West Vancouver is being built for a Chinese buyer. Vancouver has no industry apart from tourism and construction. So what do we do? Decide to insult the Chinese. You may not just blight the property market, but bankrupt the construction industry, too.

Debelle predicts stalemate in Vancouvers market as sellers refuse to drop prices. And he fears for Canadas global reputation: In my view, the Chinese see this as a racist-motivated tax. Its a dark moment in Canadian political history.


Its the wrong tax too, he adds, as it wont help the people at the bottom wanting to get into the market. It has not changed the pricing of their homes one bit. There are better ways to help, such as increasing supply.

Debelles own father emigrated from Europe after the second world war. Vancouver is now an international destination. You cant have it both ways: benefit from trade and tourism, and have the tax.

The market has been distorted

Vancouvers experiment is being closely watched in London. According to London Assembly member Sian Berry, who stood as the Green partys candidate for mayor: Vancouver shows that the very rich buying up luxury flats at the expense of ordinary people is not just a London problem  its a growing problem all over the world.

London needs more devolution so we can take similar steps, Berry says, controlling stamp duty and council tax, and closing the loopholes that allow people to buy property through offshore companies  so that the people who actually live in London can stand a chance.

A huge amount of housing in London is being bought up by offshore companies to avoid paying tax, she adds. In my area in north London, overseas companies bought up £2.5bn of property in just four years and avoided hundreds of millions in stamp duty.

Berrys concerns are shared not only by the left. The Bow Group, a conservative thinktank, issued a paper last year in which it talked of a global super-rich elite, some of them criminal, snapping up property in London, pushing up costs for existing residents and throwing the poor to the edges of the city.

The reports author, Daniel Valentine, traces the phenomenal increase in London house prices to the mid 1990s, when three factors came together: a sudden surge in population, the explosion in buy-to-let lending, and the entry of China and Russia into the global economy, producing a global elite seeking a safe home for their cash.

These factors have, he says, corrupted the market, creating an insatiable investment demand divorced from the underlying needs of British society.

On the other side of the Pacific to Vancouver, the same arguments are rehearsed in Australia and New Zealand, although not just about the global elite. One recent report followed a day of family home auctions in Sydneys northern suburbs; all but one property were said to have been bought by Chinese buyers, with even modest homes fetching A$1.8m (£1.05m).

Two decades ago, buying a house in a major Australian city cost around five times the income of the average young Australian. Now, after the countrys economic boom, it is about 15 times.

Pete Wargent is a leading property buying agent in Sydney and Brisbane. The phenomenon of the Chinese buyer has been a huge story here for years now. But you just have to look where Australia is; there are a lot of pathways for Chinese money.

He says the flood of Chinese cash has sparked an extraordinary building boom. There are more high-rise apartments under construction than ever  with 150,000 going up across the country.

Given that Australia bans foreign buyers of existing homes, nearly all the Chinese money is pouring into new-build towers. The 4% stamp duty surcharge means a non-resident buyer pays about A$30,000 more than an Australian resident for a A$750,000 apartment in Sydney.

Gentrification is a global problem. It's time we found a better solution

Its difficult to assess the impact of the surcharge yet, says Wargent, although he notes a gathering panic in some Australian banks, which are now far less keen to lend to non-residents. From 2017 a second new surcharge will hit non-residents: a 0.75% land tax, which has to be paid each year. Some fear that apartments bought off-plan will be dumped back on the market en masse.

Will that help to moderate prices for local buyers? Eventually it could help, says Wargent. The problem in Sydney and Melbourne is that the market has been heavily distorted in favour of investors. In Sydney more than half the market is investors, which is a crazy imbalance..

Critics say that a flood of apartment purchases through domestic pension super-funds is more to blame for the spiralling prices than Chinese buyers. Wargent also throws into the mix landbanking by major developers  drip-feeding sites into the market to ensure prices keep soaring  plus loose lending criteria from the major banks.

In truth, it has been tough for first-time buyers for nearly a generation now, he says. He advocates a broad-based land value tax (LVT) as about the only measure to cool the sheer demand for housing here.

The bad news for young Australians wanting a foothold on the fabled property ladder is that the latest house price figures are just out. Despite the new stamp duty on foreign buyers and a slowdown earlier in the year, prices in every major Australian city, except Perth and Darwin, have picked up again.

Are you experiencing or resisting gentrification in your city? Share your stories in the comments below, through our dedicated callout, or on Twitter using #GlobalGentrification