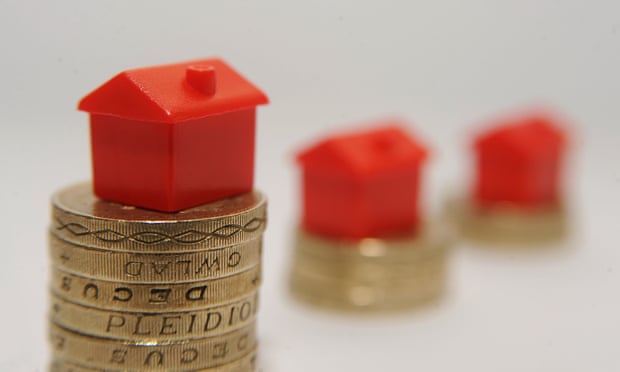 The median price paid by buyers across England and Wales rose to six times average salaries in 2015, up from just four times earnings in 2002. Photograph: Joe Giddens/PA

Rising house prices drove the cost of buying a home in England and Wales to more than 10 times the average salary in over a third of local authority areas, official figures show.

Analysis of median salaries and prices by the Office for National Statistics (ONS) underlines how the growth in house prices has outpaced the increase in earnings in recent years.

Between 2002 and 2015, prices have risen by 88%, but median earnings have increased only by a quarter. As a result, the median price paid by buyers across England and Wales rose to six times average salaries in 2015, up from just four times earnings in 2002.

The figures disguise big differences around the UK. While in Burnley, at £78,000 the median house price was less than four times local salaries, in Westminster it was 23 times average earnings, at £877,000.

The ONS data showed that in 122 local authorities prices had reached more than 10 times locals median earnings. The biggest stretch between earnings and prices was in London and the south-east. Both Camden and Hammersmith & Fulham had median prices that were 21 times earnings, at £699,950 and £730,000 respectively.

The ONS said its figures showed that Westminster was more affordable in 2015 than in 2014, as between those years the average house price increased by 0.2% while average annual earnings went up by 2.9%. Burnley also saw a change for the better for those attempting to get on the housing ladder  while house prices fell by 8.2% year on year, earnings rose by 7.8%.

Figures for renting also showed Westminster to be the least affordable part of England and Wales, with the median private rent representing 73.4% of median gross monthly salaries. The median annual wage in the borough is £37,909.

The ONS said local authorities in London made up 14 out of the 15 least affordable areas for private renting, with Sevenoaks in Kent the only one outside the capital to be included. There, the median price of private rent represented 59.6% of median gross monthly salary.

It added that in 2015, there were 35 local authorities out of 326 with a median monthly private rent equivalent to 50% or more of median monthly salary.

Lindsay Judge, senior research and policy analyst at the thinktank Resolution Foundation, said the figures showed that while London remained the outlier in terms of costs, the housing crisis had spread to cities across the country.

Todays ONS figures confirm that the housing crisis facing Britain is about much more than the inability of younger people to buy their own home. Housing is becoming less affordable, she said.

Homeowners and renters alike are seeing more of their earnings eaten up by accommodation costs, undermining living standards for millions.

Judge added: While there has been a slight uptick in the number of new houses built this year, we are still falling well short of the levels needed to make housing genuinely affordable again. Its encouraging that the prime minister has put housing at the heart of her governments plans. We now need to see the government rolls up its sleeves to meet its target of one million homes built this parliament.

Figures from the UKs largest lender showed house prices dropped by 0.1% in the three months to September, bringing down the annual rate of growth to 5.8%.

Martin Ellis, Halifaxs housing economist, said there was clear evidence of a softening in activity and prices.

The reduction in annual house price growth from a peak of 10.0% in March to 5.8% six months later remains in line with our forecast at the end of 2015, he said.

A lengthy period where house prices have risen more rapidly than earnings has put pressure on affordability, therefore constraining demand. Low mortgage rates and a shortage of properties available for sale should, however, help support price levels over the coming months.