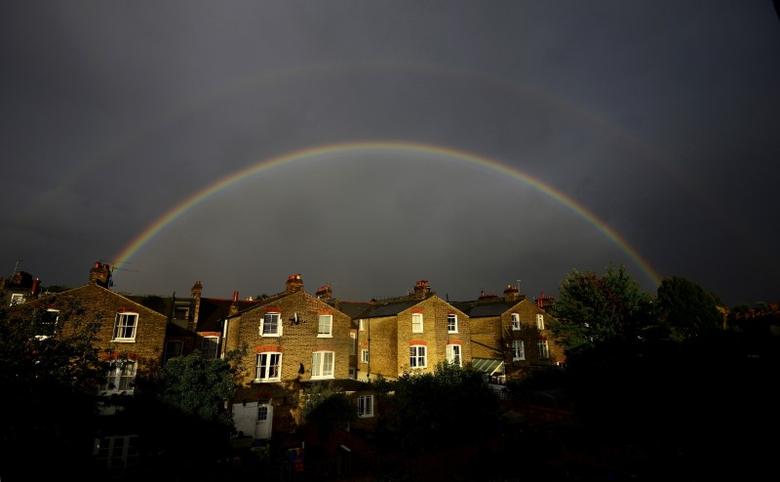 A double rainbow is seen above a row of terrace houses in Clapham, south London, Britain September 1, 2015. REUTERS/Dylan Martinez/File Photo

LONDON British house price growth is likely to slow to around 2 percent next year against a backdrop of a weaker economy, Nationwide Building Society, the country's second largest mortgage lender, said on Monday.

Nationwide said economic growth was likely to slow next year due to greater than normal uncertainty following Britain's vote to leave the European Union, but that an outright fall in house prices was not the most likely scenario.

"We continue to think a small gain - around two per cent - is more likely than a decline over 2017 as a whole, since low interest rates are expected to help underpin demand while a shortage of homes on the market will continue to provide support," Nationwide's chief economist, Robert Gardner, said.

Nationwide's measure of house prices showed a 4.6 percent year-on-year rise in house prices in the 12 months to October. Later official figures from the Office for National Statistics recorded an increase of 6.9 percent.