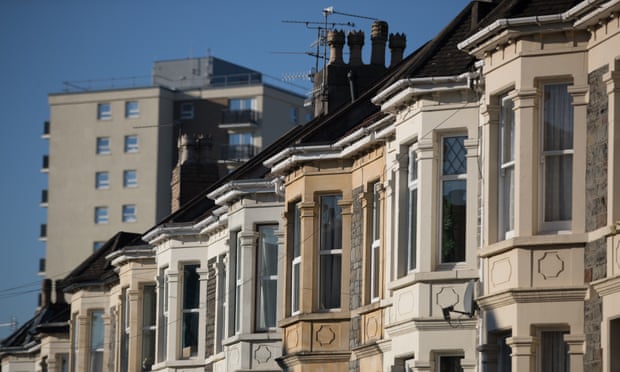 Prices in the three months to August were 2.6% higher than a year earlier, Halifax said. Photograph: Matt Cardy/Getty Images

UK house price growth unexpectedly picked up last month, underpinned by strong employment growth and a shortage of properties on the market, according to Britains biggest mortgage lender.

The average price of a house rose by 1.1% to £222,293 in August, said Halifax, which is owned by Lloyds Banking Group. Prices in the three months to August were 2.6% higher than a year earlier, up from an annual rate of 2.1% in the three months to July, which was a four-year low. Annual price growth has slowed from a peak of 10% in March 2016.

The figures were surprising, as other surveys have suggested a slowdown in the housing market. Affordability is an issue as household incomes are being squeezed, with inflation outstripping wage growth, but this has been countered by low unemployment, low mortgage rates and a shortage of properties for sale. 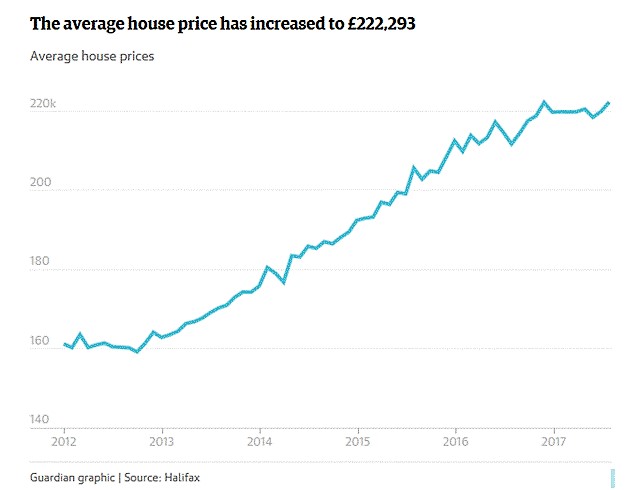 Russell Galley, the Halifax managing director, said: Recent figures for mortgage approvals suggest some buoyancy may be returning, possibly on the back of strong recent employment growth, with the unemployment rate falling to a 42-year low.

Help-to-buy scheme aids some buyers, but boosts builders even more

Nils Pratley
The government has spent £4.6bn already  why should it continue with the subsidy in such a generous form?

Halifax noted that UK home sales have exceeded 100,000 for seven months running. Between June and July they edged up to 104,760, the highest level since March 2016, according to HMRC figures.

Jeremy Leaf, a north London estate agent and a former Royal Institution of Chartered Surveyors (Rics) residential chairman, warned against being carried away by the Halifax figures.

It is worth remembering that house price growth is being underpinned by a shortage of supply, including housebuilding, historically low mortgage rates and relatively low unemployment, rather than strong buyer demand. Fewer transactions are taking place where affordability has been most stretched due to lack of new and existing stock  such as in London  and inflation higher than wage growth.

The short-term impact of Brexit on the housing market was probably overestimated but the longer-term effects may have been underestimated. However, now that the government is negotiating the UKs exit from the EU, further uncertainty seems inevitable until the final outcome becomes clearer.

Samuel Tombs, a UK economist at Pantheon Macroeconomics, said the pick-up in house price growth should not be mistaken for underlying momentum.

He noted that Halifaxs measure rose by just 0.1% on a three-month-on-three-month basis.

Tombs added: House purchase demand undeniably has weakened recently  Rics has reported falling new buyer inquiries in five of the last six months  as the real wage squeeze has intensified and consumer confidence has deteriorated. We expect demand to weaken further before the end of this year as the real wage squeeze worsens and lenders follow through on plans to tighten lending criteria.