1  Buy To Let Decline: The buy to let business is continuing a slow and fairly steady decline as 4500 Landlords per month exit the industry mainly because hugely increased draconian tax increases on mortgage interest rates. The UK has to be the only country in the world that does not allow businesses to offset debt interest against profits  successive governments have targeted Landlords and the desired result is a pretty big exit that is leading to a rental housing crisis and more homelessness. This has particularly affected small landlords that are impacted rapidly by the tax increase, and landlords in London and SE England who have to borrow more to buy property because of the high house prices.  The un-intended consequence is of course tha t where there is the biggest rental crisis in the first place  London and SE England  this is only getting worse now with the higher taxes. Landlords simply cant afford anymore to stomach the losses and have to get out of the business before they go bust  either rapidly or slowly but surely. Only the most efficient will survive. It will lead to:

 Zero tolerance of late rental payments  more and swifter evictions
 Less tolerance of poorly behaving tenants that dont look after their rental property
The decline is also caused by:
 Increasing government regulations
 Increase criminal actions against landlords that fall foul of the regulations
 The risk of damage to the reputations of Landlords  as tenants get more aggressive with social media and using TV-press to make complaints  along with delay tactics from tenants in the Courts
 Planning issues  uncertainties in whether properties need licencing, planning permission, buil ding controls, other certifications and assurances

Renting Family Homes Unsustainable: One trend is that it is no longer economic to let houses to families at relatively low rent. Instead, properties are being let out on a room by room basis with shared facilities. More and more people cramming into smaller spaces. This is sad in that fewer families with kids will be able to stay in properties with gardens and many bedrooms and reception rooms.  Its also the case that households trend to be smaller with more single people living on their own, or couples only needing one bedroom properties.

Low Building Levels  Causes: One of the other underlying causes is of course the low building levels  mainly because of:  Complex, expensive and long planning processes
 Uncertainty in whether house prices will decline
 Market being affected by the new buy-to-let taxes  reducing demand
 Not enough building land available  a lot of potential building land resides with the public sector and large land owners in rural areas  though they dont release any of it for building
 Brexit uncertainties and an almost halving of GDP growth rates primarily related to lower inward migration levels
 Higher borrowing costs  and the prospect of further to come  stifling confidence
 Overall high general inflation level for labour and building materials  not enough good builders around giving attractive bids as prices rise reducing margins
 As we have been describing for 13 years  e simply dont think this dire situation will  change  not for the next ten years anyway. Our trend forecasting suggests:
 Inward migration levels dropping from a pre-Brexit referendum of 360,000 to 250,000 by e 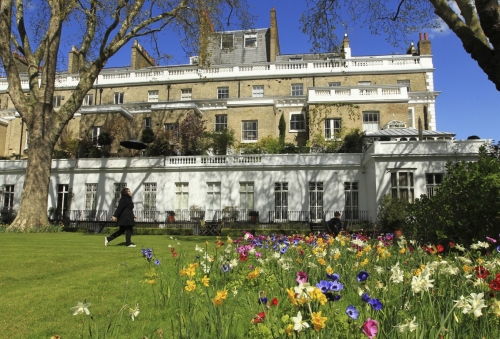 nd 2018  and staying steady at this level
 Net population increase 450,000 a year  with highest growth in areas with highest house prices in southern and SE England
 Property building  new units  of something like range 120,000 to 180,000 year  for the next 5 years  will under the required 300,000 units just ton stand still.
 The net impact will be rising property prices  particularly in southern England, the Midlands, London, along with rental prices rising considerably faster than inflation.
 The trend general inflation level is around 2.5% a year (albeit for many goods and services like train travel, fuel, food and gas-electric plus taxes  its running at more like 5-12%).

We think rental prices should rise around 1-2% more than general inflation for the next 5-10 years on average. We also anticipate similar for property prices in the areas with higher population increase  and these correlate well with the areas of house building lagging way behind housing demand.

Buy-To-Let Longer Term: In the longer term, the only way to make buy-to-let wor 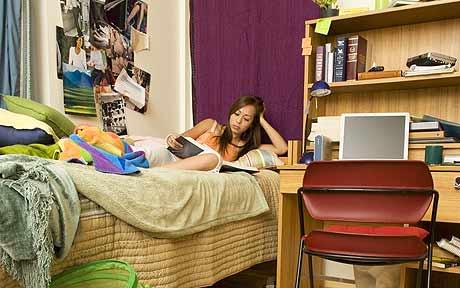 k will be to:
 Have more tenants paying higher rents in less homes
 Providing quality accommodation that is attractive to hard working younger people  professionals  that will continue to keep paying rent and looking after your property
 As a general model, in the major cities, this is likely to be small units - either 1 bed flats or studios  with their own shower-WC, own kitchen areas and either a bedroom and living room, or just a studio room. Preferably these units should have high quality showers, kitchen areas and natural wood floors, decorated in neutral colours  to attract professional young people  quality tenants that are interested in keeping their credit rating good.
 Landlords will need to become far more familiar and experienced at managing HMOs, licencing and making sure you dont fall foul of any regulations and planning department.
 The learning with the current state of the rental market is that many poor tenants who are on housing benefit and dont have a good job  will struggle to pay their Landlord  or not even try  they might prefer to spend the money on drink-drugs or consumer items. Years ago, housing benefits were given direct to the Landlord, but there was a change  then the tenants got the money and many decide to keep it  and play the eviction game  with all the costs, hassles, paperwork and delays in the courts.

So the message is crystal clear from us  avoid housing benefits, avoid anyone without a steady job or who cannot supply good references and a good credit check. D 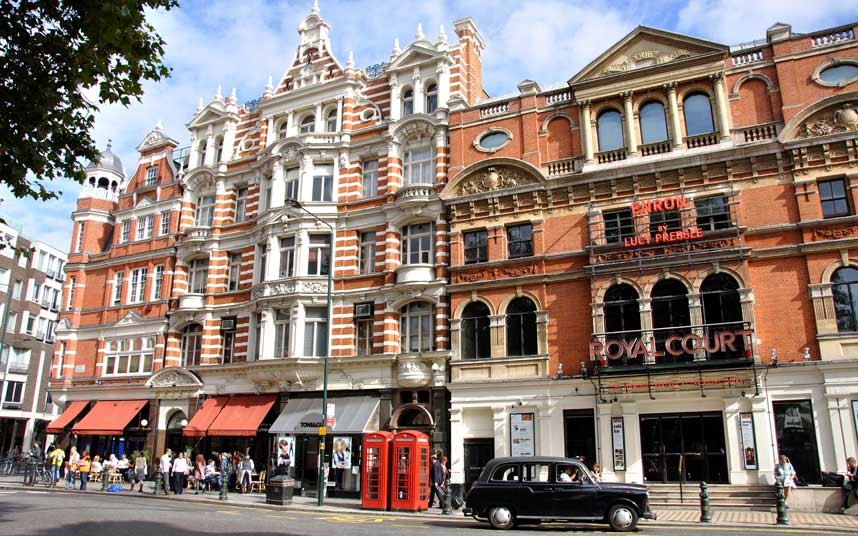 ont be that naïve person that was nice to someone desperate to into one of your properties  that did not have a job  then the first thing they did when they got in was stop paying rent. Dint be that Mr Nice guy who is taken for a ride  its not the business to be in for soft people. If your tenants think you are a push-over they will pay you last, not first.

Inflation: The final comment is around inflation. The best way to protect yourself from the ravages of inflation is to buy assets that escalate in value -at least keeping up with inflation. Through borrowing to buy such assets, one is leveraging to increase returns on capital employed. This work okay as long as inflation is ongoing and asset (or house) prices at least follow general inflation which is normally the case.

It can obviously be disastrous if asset prices crash and you borrow and leverage up. If you buy rental properties with a healthy positive cashflow, you wont need to worry about prices too much, you will be generating income regardless. Obviously its best to see high returns in the form of yield (cashflow) and asset price increase (house prices rising). Foe the bulk of people in the UK  its very difficult to make serious money outside the property world partly because its almost impossible to borrow money to by other types of asset  remember the house is collateral against any borrowing.

Brexit Update
Just a quick update in Brexit. The socio-liberal middle ground are going crazy trying to scare everyone into thinking that Brexit, or a hard Brexit  will be a complete disaster for everything. Lets be clear on this: ose than us
 Most UK citizens are sick and tired of the unelected Eurocrats and want out in some shape or form, and our treatment during the negotiations confirmed most peoples previous sceptical view of the Eurocrats.

The EU ruling elite in Brussels are intent on bullying there was to more unelected power.
 Our opinion  it may not be popular  is that the UK will leave the European Union on 29 March 2019. 52% of people vote for it - both Jeremy Corbyn wants it as well as 70% of the Tory party. The far left and far-centre right of the political spectrum want out. Some socio-liberals like Tony Blair, Gordon Brown and John Major  the has beens of British politics want to stop it. They lost the vote. It would have been easier to stay in the short-medium term, but when the dust settles in a few years time, we think most people will have thought it would have been a good thing get out because further integration was not palatable  and in any case, pressures are building all the time and the EU might financially collapse soon wit its debt burden. The ongoing immigration problem is not likely to go away and Euro debt problems in places like Italy and Greece, and to a lesser extend Portugal and Spain  are likely to get worse as the oil price rises. Germany and France are intent on an economic take-over and they are trying to create a subservient UK state. Macron this week called for an EU army  this is exactly the sort of reason why 52% of people wanted out.

Unstable: Its still very unstable  the big question with whether Teressa May will survive in the next 6 months, whether the current problem could lead to a disastrous further election with Labour seizing power, or whether May will be saved by the EU  giving her enough of a good deal convince enough MPs to vote for it in Parliament. Weve been through two years of pain with Brexit  hopefully we can come out after March next years with things settling down and confidence returning. Everyones sick of it!

Be Careful Making Big Investments:  For property investors, its not a good time to be buying just yet  since Labour could get in and precipitate a house price crash  its best to wait until its more clear the Tories will survive and Brexit uncertainties start a trend of receding.

rest rates as there is a run on Sterling  and this along with the punitive new tax increases on borrowings for buy-to-let landlords could see conditions deteriorate rapidly in in 2019  so be careful  best to have a war chest ready for at least 1-2 years of turmoil and higher interest rates.

We hope this Newsletter has been helpful in framing your investment decisions and giving yo food for thought  aiming to increase your returns and lowering your business risk. If you have any queries, please contact us in