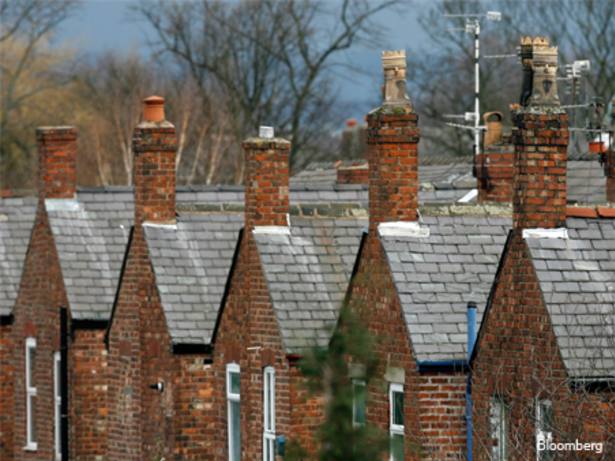 House price inflation in the UK slipped to just 0.9 per cent in the year to November, according to a survey by LSL Property Services/Acadata, the lowest annual rate since 2012 and well below the rate of retail price inflation. At the same time, transactional volume rose slightly in November by 2.5 per cent on a seasonally adjusted basis to 82,500, the highest November for three years.

Its early days yet, but this could suggest that with wage inflation outpacing house price inflation, first-time buyers may be more positive about getting on the first rung of the ladder of the housing market. However, there remains the perennial chestnut about affordability and how student nurses cant afford to buy a flat in Chelsea, but outside London the affordability question, although significant, is not as acute.

This is borne out by the fact that in the year to September 2018, the number of loans to first time buyers rose by 0.4 per cent; not a great change but clearly a step in the right direction. This isnt really the time of year that people elect to put their property onto the market, but even in the year to September the number of home movers fell by 3.6 per cent. Tellingly, the number of buy-to-let mortgages fell by 13 per cent  and no, Brexit cant be blamed for everything, whereas the governments relentless attack on landlords can be blamed.

The biggest growth in transactions has come where affordability is of less concern. Transactions in the north-east of England grew by 7 per cent in the three months to October, while transactional volume in the south-east of England fell by 4 per cent. And then comes London, which has experienced the biggest drop in prices, the result of which is that sales were up by 2 per cent.

People wanting to work in London but who are not prepared to endure a long commute have elected instead to buy in what have been otherwise less attractive areas. So, while prices fell in 21 of the 33 London boroughs on an annualised basis, led unsurprisingly by the most expensive boroughs such as the City of Westminster, prices in Merton and Lambeth rose by around 7.5 per cent.

Outside London and the south-east, the long catch-up process is still showing its teeth, with the West Midlands leading the way with a rise of 3.7 per cent, which includes Birmingham, where prices rose by 5.3 per cent. The East Midlands has shown similar growth, with Rutland spearheading the way with a rise in the 12 months to September of 10.8 per cent. Even in the regions there are signs of people moving to surrounding areas that are cheaper. So, parts of Wales are becoming attractive to people working in Bristol and Gloucestershire, with Torfaen logging gains of 15.6 per cent, albeit boosted by the sale of one expensive property.

Overall, prices are seen to be flatlining, although the November rise, coming on the back of an increase in October, is only the second time in 2018 that prices have risen in two consecutive months. Even so, when we adjust for inflation, house prices are actually falling, and we shouldnt expect any near-term improvement at what is traditionally a quiet time of the year. In fact, the number of homes coming onto the market is close to an all-time low. And there is little prospect of an increased supply of new homes to ease the shortage. However, the trend is likely to favour construction of affordable homes and build-to-rent schemes, with many aspiring buyers becoming renters until the affordability gap improves. For pure private purchases, those buyers with a choice will think twice before taking on a big mortgage when stress tests mention having to cater for a big drop in prices if the economy is derailed by a hard Brexit. However, its worth remembering that house prices always show a rise over the longer term, even if in the meantime there is a drop into negative equity. For the home owner, the amount of equity increases every month with repayment of the mortgage, and perhaps we should be treating houses less as an expensive investment and more as somewhere to live.