PROPERTY speculators living in foreign countries could be forced to pay a higher stamp duty rate. Prime Minister Theresa May this week will launch a consultation into taxing non-UK residents and firms who buy homes in Britain to try to make the market fairer. 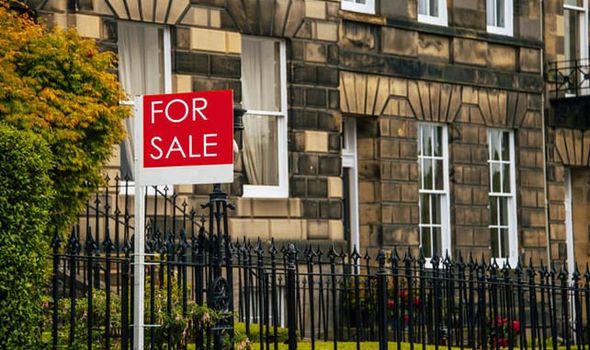 First time buyers are being priced out of the market (Image: getty)

The move comes amid growing concern that first time buyers are being priced out of the market in parts of the UK, especially London and the south-east, partly because of foreign speculators driving up the cost of housing. Non-resident buyers can currently buy homes in the UK at the same stamp duty rate as people living here. Mrs May said: It cannot be right that it is as easy for individuals who dont live in the UK and dont pay taxes here, as well as foreign-based companies, to buy homes as hard working British residents.
Related articles

For too many people the dream of home ownership has become all too distant and the indignity of rough sleeping remains all too real.

This Government is committed to helping hard working British residents get the right home for them and helping to end the scourge of rough sleeping for good.

York University estimates 13 per cent of new London homes were bought by non-UK residents between 2014 and 2016.

A Kings College London study estimated a one per cent rise in the volume of homes sold to overseas firms had put up house prices by 2.1 per cent.

Under new rules nonresident buyers of homes in England and Northern Ireland would face higher stamp duty fees.
As part of a Treasury consultation, the Government has proposed those who have not lived here for six months of the year before the point of purchase will face an extra one per cent charge and the money raised will be used to combat rough sleeping.

The proposals also include non UK-based firms or trusts.

Theresa May is to hike stamp duty rates for foreign buyers (Image: getty)

The surcharge will be levied on top of the standard rates of stamp duty, as well as the higher levels of stamp duty introduced in April, 2016, on second homes and buy-to-let purchases.

Homes over that value are charged at 15  per cent stamp duty.