Prices up 5% in three months to April against a particularly low level last year, says Halifax 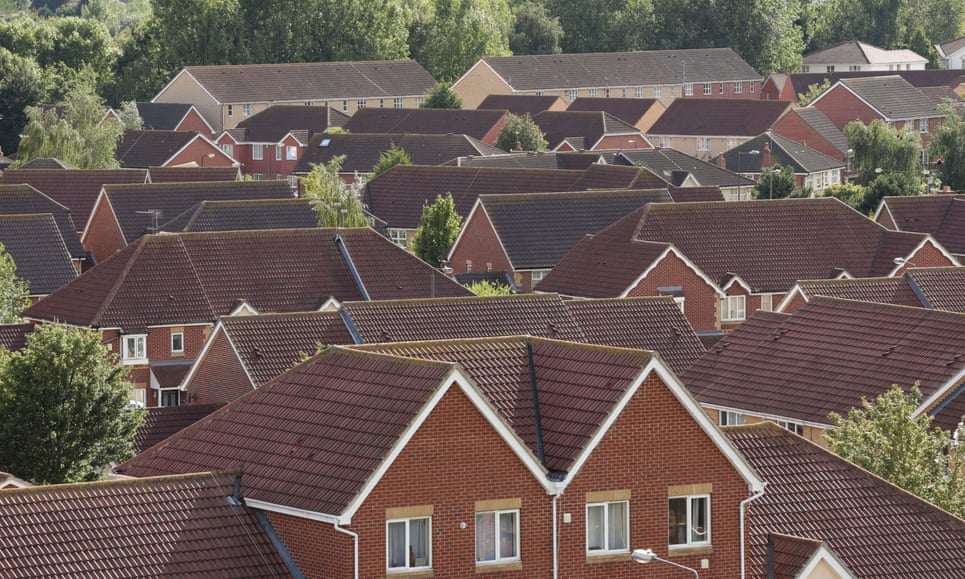 Halifax reports a 2.6% house price growth on the three months to March. Photograph: Yui Mok/PA
UK house prices grew in April at the fastest annual rate in more than two years according to figures from Halifax.

Halifax cautioned that the sharp rise in the annual rate partly reflected the fact that growth was particularly low this time last year.

It also includes the impact of strong growth in February 2019, which was driven by a higher volume of London sales and more expensive new-build properties, Halifax said. 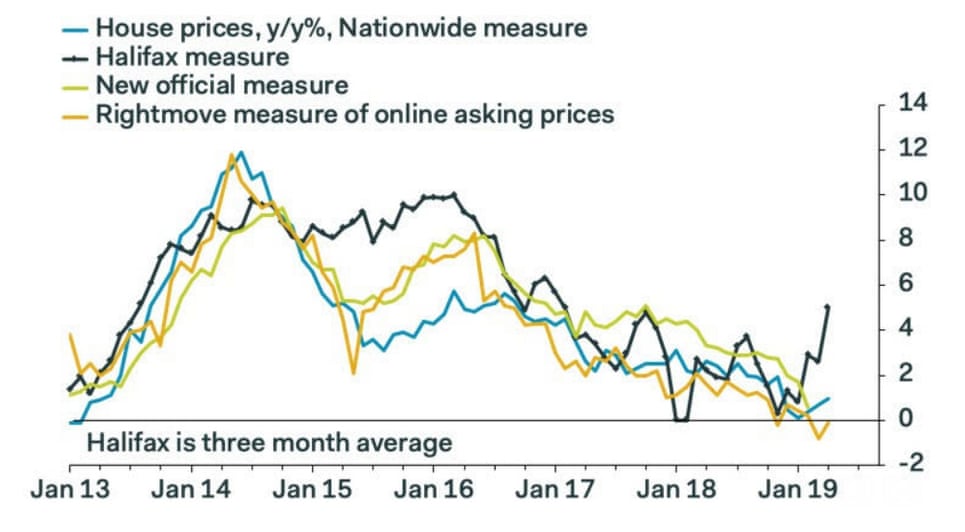 Other surveys have painted a picture of a slowing, but volatile housing market, with prices propped up by a shortage of homes on the market, while many buyers have been deterred by fears of Brexits potential impact on property values and their personal finances.

The index has seen a weaker pace of growth over the last three years, which is consistent with the easing of transactions volumes and housing market activity reflected in Rics [Royal Institution of Chartered Surveyors], Bank of England and HMRC figures.

Sign up to the daily Business Today email or follow Guardian Business on Twitter at @BusinessDesk
Jeremy Leaf, a north London estate agent and a former Rics residential chairman, said the spring bounce was not as great as we might have expected.

The market is quite volatile, bearing in mind the fall in prices last month. The price increases recorded are probably more to do with shortages of stock and lower transactions than sustainable market strength.
Samuel Tombs, chief UK economist at Pantheon Macroeconomics, said less volatile measures than the Halifax house price index paint a far more subdued picture.

However, some estate agents were encouraged by the Halifax data. Marc von Grundherr, director of the estate agent Benham and Reeves, said: While a slightly erratic rate of annual growth may not be proof that we are out of the woods just yet, it certainly does demonstrate the much healthier position we find ourselves in now when compared to this time last year.