The average UK house price was around £2,000 higher in February than a year earlier, according to official figures.

Property values increased by 1.1% over the 12 months to reach £230,000 on average, according to Office for National Statistics (ONS) and Land Registry figures.

Within England, London was the region with the highest growth, with prices increasing by 2.3% year on year to an average of £477,000.

Prices in the East of England fell by 1% annually in February  marking the first time since November 2019 that any region recorded a decline.

The North East of England continued to be the only region where house prices were yet to surpass their pre-2007 peak. The average house price there was £125,000 in February.

Stricter social distancing measures imposed in March to limit the spread of coronavirus mean many potential home-movers have paused their plans for now.

Gareth Lewis, commercial director of property lender MT Finance, said: The March and April figures are likely to show a distinct change as the volume of purchases dries up.

Jeremy Leaf, a north London estate agent and a former residential chairman of the Royal Institution of Chartered Surveyors (Rics), said the period covered by the index renders it almost irrelevant in view of the market turmoil since. 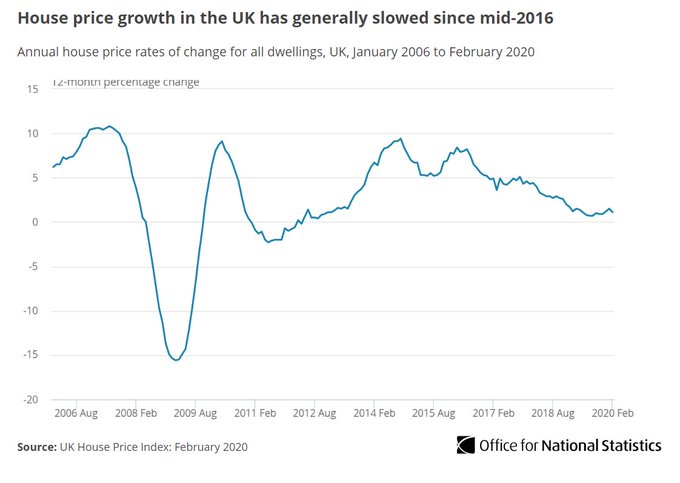 He continued: However, results do confirm post-Brexit activity, particularly in London, giving hope that activity will continue where it left off if lockdown restrictions can be eased relatively soon.