HOUSE prices are likely to continue to rise until the autumn season, according to new data. Property experts have predicted that both August and September will see an increase year-on-year.
By JUDY JOHNSON 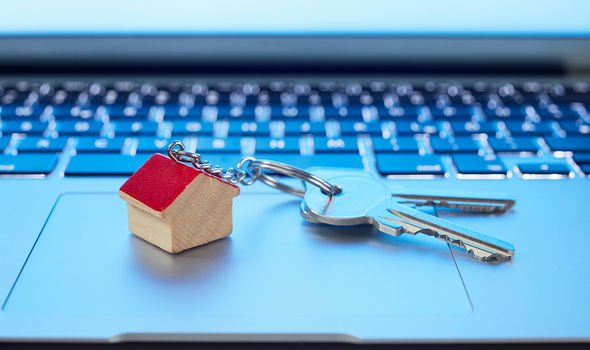 The property market has been rocked by the pandemic, with the initial lockdown putting a halt to any house moves and sales. However, as the rules have eased slightly around the country and the industry has got up and running again, the market has made an impressive recovery. New figures reveal that this could be set to continue.

Property news: Most popular villages to move to in the UK revealed

House prices were pushed to an all time record high last month in whats being described as a mini housing boom.

The unexpected surge was reported in Rightmoves House Price Index in July, with average asking prices up 3.7 percent compared to the same month last year.

However, while it remains to be seen exactly what Augusts figures will be, new data suggests the trend could continue.

The latest data from the site suggested that average house prices in England and Wales for August and September are set to be 1.5 percent higher year on year.

However, the company has warned that it is unclear as to whether the confidence in the market will sustain into the autumn.

Despite the higher prices being seen across the board,  the findings also predicted that the market will remain quieter than last year due to the pandemic.

The property site reported that sales in August and September are expected to be 25 percent below that of the same months in 2019.

Property news: DIY jobs could slash up to £70,000 off your house value

Property: Removals soar by 50 percent as homeowners move post-lockdown
Peter Sherrard, founder of Property Price Advice, said: In recent weeks, the number of requests for valuations by home movers on propertypriceadvice.co.uk has been running at a rate well above what weve seen in recent years.

Levels of interest in moving home are around 40 percent higher than trend.

The market is bottoming out and returning to growth as lockdown measures have eased.

Peter believes the trend will continue, though numbers may fluctuate due to the uncertainty.

House prices: The floorplan scandal thats costing buyers billions
Transaction levels are comprehensively below those of a year ago, although this downward trend, which started well before the covid outbreak, has been arrested, Peter continued.

Although the number of home-moves will bounce around unpredictably as lockdown restrictions loosen, the underlying level of activity is on a gentle upward trajectory through August and September.

The statistics wont surprise property experts who have already seen a surge in homeowners looking to leave the capital as they reassess their living situation following the lockdown.

Mark Pragnell, economics advisor to the site and director of strategy research consultancy Pragmatix Advisory, commented: With plans for so many family holidays being aborted and continued uncertainties over when and where to travel, this is not just the summer of staycations but also a time when many homeowners and buyers are considering their next move.

It is, though, unclear how long an increasingly buoyant market will last.

The real test will come in the autumn when the reopening of schools and the potential for a second wave of the virus coincides with the impact of the unwinding of the furlough scheme on redundancies and business failures.

We will be looking closely at our data, which will provide one of the earliest indicators of any change in market sentiment.