House prices: who's to blame for driving them through the roof?


CBA chief economist identifies central banks as the culprits, says but Australia's housing market is not a 'bubble' 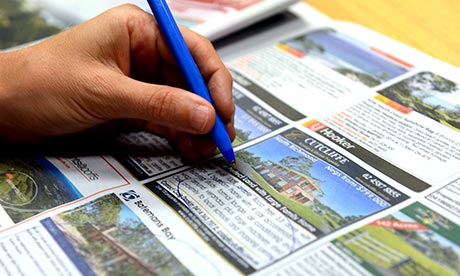 Hunting for a house while prices soar. Photograph: Dan Peled/AAP

The next time you're at a dinner party and guests are discussing who is to blame for the rise in house prices, you'll know just what to say.

It's not overseas investors, people using their super to snap up homes or greedy developers. According to the Commonwealth Bank of Australias chief economist, Michael Blythe, we should be laying the blame squarely at the door of central banks for policies.

Concerns about a housing bubble have lifted in tandem with prices, Blythe said in a note to clients.

Their actions have encouraged a search for yield, lifted risk appetite and created an environment where asset prices rise.

Despite the perfect conditions for prices to rise, Australia's housing market was not a ''bubble''.

For that to happen he said three conditions had to be met: ''an acceleration in housing credit growth over a relatively short period; an easing in lending standards; and an expectation that prices keep rising forever.

Only the latter, he said, was close, with an increase in the number of people who believed that prices have a lot further to run.

Blythe's comments came as figures on Wednesday showed consumer and business lending was growing at the fastest pace since the global financial crisis, as record low interest rates trigger a recovery in personal loans.

"We have just had the first level of back-to-back gains in personal lending since January and February last year," Savanth Sebastian, an economist with CommSec, the Commonwealth Banks stockbroking arm, said.

"It's still early days but encouraging to see a lift in consumer borrowing."

Total lending finance  which includes personal loans, home mortgages, business lending and lease financing  grew by 23.1% in the year to November, marking the fastest annual pace since January 2008, during the early days of the global financial crisis.

Home loans rose 1.7% in dollar terms in November, which was a rise of 26% on a year earlier, the fastest growth in four years, figures earlier this week showed.

House prices have risen sharply in the past 12 months, especially in Australia's biggest cities. In Sydney they rose 14.5% while in Perth prices jumped by 9.9%. In Melbourne they increased by 8.5%.