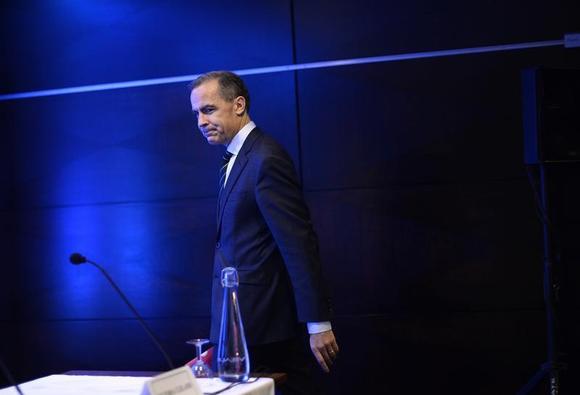 (Reuters) - British house prices are likely keep rising robustly until the middle of next year as part of a broader upturn in housing market activity, Bank of England Governor Mark Carney forecast on Wednesday.

House prices are around 8 percent higher than a year earlier, according to two widely watched measures, the biggest increase in more than three years, prompting concern among some economists that a bubble could develop.

But in a question-and-answer session with lawmakers on Wednesday, Carney said that for now the rise mainly showed that housing market activity was catching up after it had been depressed by the financial crisis.

"Our general expectation has been for a continuation of current momentum - house price momentum, mortgage activity, credit growth momentum ... before decelerating around the middle of 2015," he said.

Lenders are approving the highest number of mortgages since January 2008, but this is still 25 percent less than the average in the years running up to the financial crisis. House prices remain below their pre-crisis peak in most of Britain.

In November the BoE removed incentives for further mortgage lending under its Funding for Lending Scheme. But Britain's property market is still getting support from the government's Help to Buy programme, which was extended in October.

Carney said there was only a modest impact from Help to Buy, which is aimed at helping homebuyers who are unable to raise large mortgage deposits. His main concern was that lenders ensured borrowers had enough income to service their loans when interest rates rose, and added that this was more important than a large deposit.

Carney also said Britain was building too few houses to meet demand, noting that his native Canada - which has half Britain's population - built twice as many homes each year.

BoE officials have previously stressed they have tools to control Britain's recovering housing market without having to resort to the "blunt instrument" of raising interest rates.

These include the power to recommend that banks apply maximum loan-to-value or loan-to-income ratios on mortgages, as well as to require lenders to set aside more capital against mortgage lending.

Carney also said the BoE was working with another regulator, the Financial Conduct Authority, to ensure lenders checked that borrowers could cope with higher interest rates as much as seven years ahead.

The BoE has kept rates at a record low 0.5 percent since March 2009, but most economists expect they will start to rise next year as the economy strengthens.