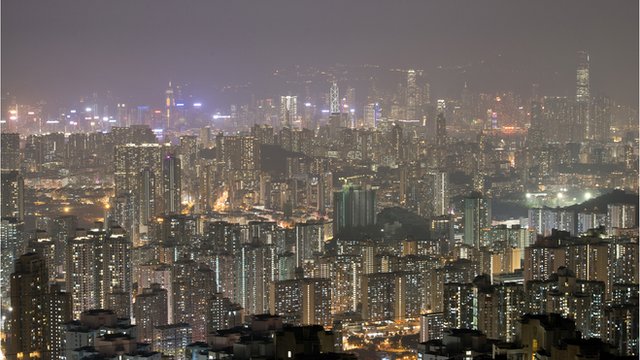 What makes a city an attractive place to buy in and what's the impact on domestic buyers when foreigners come in?

Despite the tepid economic recovery, property prices are rising at a pace last seen before the financial crash in key cities in post-crisis countries, such as London and New York. London prices have led the best year for property in Britain since 2006, now at 27% above their peak by one gauge. Elsewhere, Singapore and Hong Kong rank among the most expensive markets in the world (alongside London, Geneva and Monaco) and their governments are trying to rein in home prices.

Those looking to buy homes know all too well - property prices have skyrocketed in recent years. In London, home prices have more than doubled (+107%) since 2005, according to UK estate agent Savills.

In other global property hot spots it's even more - home prices have surged 232% in Singapore, and Hong Kong has the most expensive property market in the world.

What's driving up property prices in these cities? Record low interest rates help. Foreign buyers are another contributor as they seek places to park their money - so property is treated more like an investment asset.

For Asian cities like Singapore and Hong Kong, there's another attraction. Neither place has capital gains tax. That's rather appealing including to foreigners. It's why there are new hefty taxes in Hong Kong. Foreign buyers now pay a tax equal to a quarter of the purchase price. Prices are cooling a bit as a result, but are still high.

It's hard not to wonder: Is there a bubble? House prices in Hong Kong are overvalued by an estimated 30-40% - one of the highest overvaluations in the world. Based on the IMF estimate of the price-to-rent ratio, it's 33 times more expensive to buy a property in the city than to rent.

When the last bubble burst in 1997 during the Asian financial crisis, Hong Kong's property prices fell by more than 60% and continued to decline for six years. Now, house prices are 13 times the average salary - higher than even during the last bubble.

The trouble with bubbly markets is that once interest rates rise - which is starting to happen with the US Fed reining back on its cheap cash injections as of this month - so does the risk of the bubble bursting.

Hong Kong's sky-high property prices have a bigger social impact because public housing is inadequate - such housing only covers 30% of the population and is still expensive. Public housing residents in Hong Kong tell me that they pay as much as half of their income in rent.

By contrast, in Singapore, more than 80% of the population live in quality social housing that can be bought with a government-subsidised mortgage.

The subsidy comes from a person's own savings because it's drawn from the forced saving scheme known as the Central Provident Fund. Singaporeans put in about 20% of their wages into this government-run savings plan, with matching contributions by employers. The funds can then be used to finance a cheaper mortgage or health needs or retirement.

But, the global rich can afford to buy pretty much anywhere in the world. The average price of an overseas home is $2m for the wealthy, who tend to buy with cash in places with a good quality of life and a favourable tax regime.

For the rest of us, it means that house prices are more out of reach if we live in a global property hot spot.