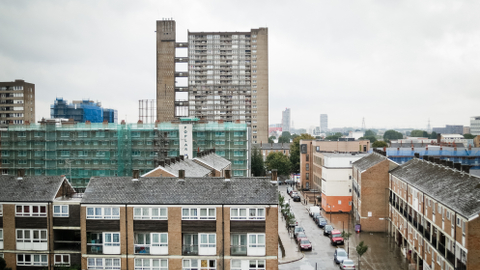 House prices in Tower Hamlets soar as the borough showed the biggest increase in asking prices at the beginning of the year, well ahead of other inner city boroughs.

According to the property website Rightmove, Tower Hamlets is in a top spot for January with an increase of 3.6%, taking the average asking price in the borough to £531,917.

In contrast, Kensington saw a 6.9% drop, which lowers the average asking price to £2,053,440, placing the prestigious borough among Londons worst performers.

The contrast reflects the general trend across the capital, as the outer boroughs performed strongest this month, where new seller asking prices were up by 1.8% (up £7,839). This is set against the average of those in inner London, where the fall has been 3.8% (down £33,888).

Rightmove director and housing analyst Miles Shipside observed that the strong figures for Tower Hamlets and the outer boroughs was due to a  combination of the absence of new sellers in the more central and expensive areas, due to the time of the year, and buyers looking for better affordability.

Shipside said:  Unsurprisingly the million-pound-plus boroughs of Westminster, Kensington, Chelsea, Hammersmith and Fulham are featured in the five worst performing boroughs this month as potential sellers traditionally demand and enjoy a longer winter break in those locations.

The winter hibernation of sellers was also evident in the drop in number of London properties coming to market in the first full week of 2014, which was 6% down on the same period last year, compared with a 4% rise in the same figure nationally.