The Reit answer for property investors? 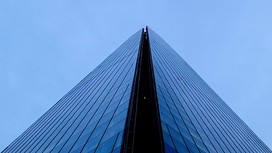 Few types of investment are so ingrained in the British pysche that they come complete with their own idioms. But is investing in property always as safe as houses?

For Britons, homes have become more than just places to live; they are commonly regarded as investments and an acceptable substitute for a pension fund. But while residential real estate is fairly accessible to retail investors, the building blocks of commercial real estate  ranging from corner shops and takeaways to the glittering high-rise offices of Londons cityscape  constitute a very different asset class.

Its no more difficult to acquire a small commercial unit than it is to acquire a buy-to-let flat, but premium commercial property is a different matter entirely. Office blocks in London typically change hands for hundreds of millions of pounds, transaction costs are often over 5 per cent and considerable expertise is needed to manage such assets.

Property funds are the obvious solution, but they sometimes come with liquidity issues  when investors want to get their money out, assets need to be sold, and that process can take a long time.

Real estate investment trusts  Reits  offer an alternative, allowing investors the opportunity to gain exposure to the kinds of real estate that would otherwise be too expensive. But to what extent does an investment in a Reit correspond to the overall performance of the real estate sector, or even that companys assets? And are they as solid an investment as the physical assets, or do they behave more like shares than buildings?

Commercial is not residential

Commercial real estate is a fundamentally different proposition to residential property. Yields are generally higher. The IPD All Property Index  the main benchmark of performance in UK commercial real estate  shows that yields averaged 6.04 per cent in December 2013. The most recent data from the John D Wood residential index showed that London flats had a yield of only 2.9 per cent in August 2013.

Andrew Jackson, investment director at Standard Life, says that many retail investors come to Reits with expectations buoyed by the performance of residential property in the UK, especially regarding capital gains.

I get it on a regular basis, even from advisers, he said. Theyre still minded by sentiment in the residential sector when they invest in Reits.

James Wilkinson, head of European real estate securities at BlackRock says there are inherent structural advantages to investing in Reits, especially compared to other kinds of property exposure such as buy-to-let.

If you only own five flats, you have a lot of eggs in one basket. My view is that the benefits you get from Reits are fractional ownership, diversification  those things are worth something, he added.

Real estate investment trusts are publicly listed real estate companies that invest in physical property, typically retail, industry or office real estate. They make it possible for institutions and retail investors to invest in commercial real estate and receive a consistent income stream. While property is typically illiquid, Reits are easily traded. However, because of their status as listed companies, Reits also leave the investor exposed to stock market volatility.

For companies, the main attraction of Reit status is tax efficiency; Reits do not pay corporation tax or capital gains tax. In exchange, they are required to distribute 90 per cent of their cash flow, or rental yields, as dividends to investors.

Reits can also make money through developing properties and selling them at a profit  this part of their business is based around capital appreciation. According to Mr Wilkinson, this represents a much smaller part of their balance sheet. Most Reits are income focused, not development focused, he says.

Reits exist in many different countries around the world. According to the FTSE/EPRA NAREIT Developed Reits index, the global market capitalisation of Reits in 2006 was $579bn. In 2013, this figure reached $790bn.

But the UK was a late-comer to Reits; it only introduced the tax-efficient structure in 2007. According to Mike Prew, head of European real estate at Jefferies, the original shift in 2007 represented more of a nominal change that an all-encompassing process of restructuring.

The original fear was that you would take quoted property companies and go through complex restructuring and convert them into investment trusts, he said. But all that happened through 2007 was they paid a 2 per cent charge.

That 2 per cent fee (of total gross assets) was a one-off charge payable to the Treasury to change their status. The Finance Act 2012, however, made significant changes to the existing Reit regime in the UK. It abolished the 2 per cent change, lowering the barriers to entry. It also allowed Reits to list on the Alternative Investment Market, which is more lightly regulated. And Reits will shortly be able to invest tax-efficiently in the shares of other Reits, as well as in physical property.

In the run-up to conversion, most property companies shares enjoyed a boom. Yet since the regime started, they have underperformed. Mr Prew says that has a lot to do with timing.

Part of the problem was the industry situation at the beginning of 2007  the height of a bull market, he says. Most companies were in denial about what was happening in the property markets.

Because Reits generate much of their income through rental payments, their performance can often be linked to the financial health and prospects of their tenants  ranging from car workshops to big retailers to global investment banks.

Many Reits specialise in property associated with different business sectors. In addition to the big players, there are lots of niches  Workspace, for instance, rents out under the arches type properties to small businesses, while Primary Health Properties specialises in doctors surgeries and recent listing Tritax owns distribution centres.

What to expect from an investment

According to BlackRocks Mr Wilkinson, Reits are a reasonable play on the commercial real estate market. Over three years, the correlation between real estate returns and the return on real estate securities begins to approach 0.8 (a correlation of one indicates a perfect match).

For investors, the main attraction is the dividends; Reits tend to yield more than the market average. But there is also potential for capital gains; Reit portfolios are revalued twice a year, and net asset value per share is a closely watched metric.

Historically, and because of the havoc the financial crisis wreaked on real estate, many Reits have traded at a discount to their net asset value. This trend, though, has been changing. Derwent London  one of the UKs leading Reits  now trades at a substantial premium.

A major and often overlooked factor when evaluating Reits is their debt structure; debt typically finances about 30 to 40 per cent of the assets.

The management of the debt will have an enormous impact on the companys long-term performance, says Mr Prew, especially in the inherently leveragable world of real estate.

Historically, the property companies have been bank financed  which is why did so badly post Lehmans. One thing theyve done since is refinance them and diversify their sources of capital at very low interest rates, he said. Many Reits now use public bonds to raise capital  Workspace and others have retail bonds on the Order Book for Retail Bonds for instance.

What are the risks?

Exposure to equity market volatility, the individual companys management of debt and underlying trends in commercial real estate can all affect the share prices of Reits.

Theres also the extent to which Reits trade properties and make gains through capital appreciation. Mike Prew suggests that Reits should ultimately be about a solid income, not volatile capital returns. Development can be very profitable if it is timed correctly, but in the past developers have been guilty of developing new space just in time for a downturn, then struggling to let or sell it.

The dream sequence is that rather than trading assets, the Reits have expertise in sourcing assets, financing them, managing them and redeveloping them, he said.

But John Lutzius, an analyst at Green Street, thinks this may have more to do with the unique status of London residential property. This is not necessarily a shift towards residential in the UK, he says Its a shift towards taking advantage of a particular opportunity in London.

The most obvious way to invest in Reits is directly, purchasing shares in the companies via a stockbroker just like any other quoted company. There are about 31 traded in London and there is a useful list on the British Property Federation website (bpf.org.uk). You will pay a dealing commission for buying and selling, typically about £10 per trade using an online, execution-only broker.

But investment can also be made through diversified funds that buy a basket of shares in real estate companies and Reits. These are different to the funds that invest primarily in physical property assets, such as Henderson UK Property or F & C Commercial Property Trust.

Because Reits exist across a wide range of sectors and countries, buying shares in a fund can diversify risk considerably. Investment funds such as the Axa WF Framlington Global Real Estate Securities fund contain securities in global real estate companies, of which about 80 per cent are Reits. The fund can be invested in through a financial adviser.

The downside is that fund managers will charge for their services and this will eat into returns. Investors who want diversification but are unwilling to pay for active management can opt for an exchange traded fund; iShares offers ETFs tracking Reits in various geographies, including the UK. Deutsche Bank unit dB x also offers a European Reits ETF, but it uses indirect replication and trading volumes in London are thin.

Fred Tempel, head of listed real estate at Axa Investment Managers, suggests that while funds offer a chance to diversify exposure, there can still be reasons for investing in a handful of Reits directly

If you want to target a very specific niche within the property market, such as French retail or the West End of London, then you are probably better off investing directly, he says.

Another alternative is listed bonds  Workspace, Primary Health Properties and St Modwen all have issues on the investor-friendly Order Book for Retail Bonds, although transaction costs will be higher than for Reits.