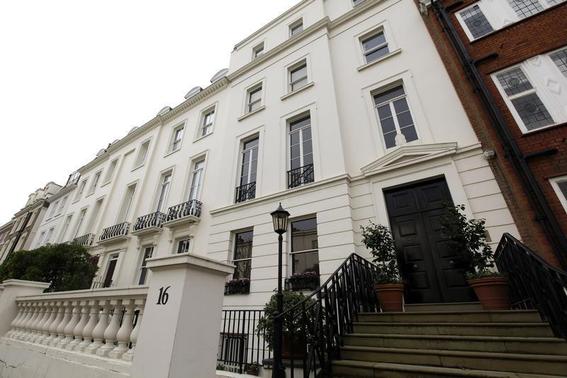 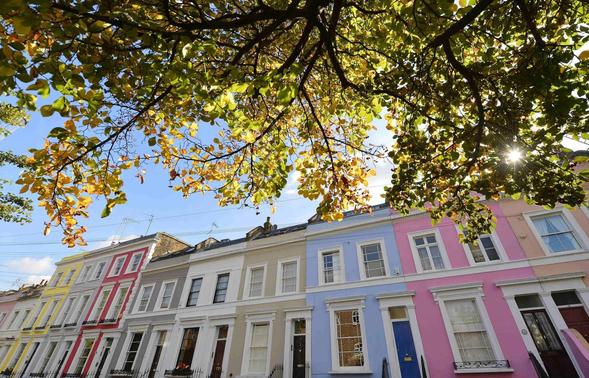 The five bedroomed property of 16 Cottesmore Gardens is seen in London December 1, 2011.

LONDON (Reuters) - Political and financial upheaval in some of the world's largest emerging economies is driving a new wave of rich migrants to London's supercharged property market as a place to park their wealth, data from a leading real estate agency showed on Friday.

Knight Frank, a specialist in upmarket properties, said it had seen online enquiries about British homes from crisis-hit countries such as Argentina, Ukraine and Turkey soar over the past year.

This is despite prices in London already having risen sharply after a rush of foreign buyers of London mansions, prompted by the Euro zone debt crisis and the Arab spring, along with Britain's political stability and benign property taxes.

Prices in London overall in the three months to December were 14.9 percent higher than a year earlier, according to figures from mortgage lender Nationwide, and some top-end values have inflated even more, driving prices in Britain's capital beyond the reach of most residents and making it a hot political topic.

The Chancellor of Exchequer George Osborne said in December he would impose a capital gains tax on foreign property investors from 2015 in a bid to allay fears that wealthy foreign buyers are driving a property bubble.

In the case of Brazil, interest has more than doubled over the 12 months to the end of January, Knight Frank said, adding that an increase in web traffic translates into a pickup in actual sales within three to six months.

The agency, which sells homes worth at least 1 million pounds ($1.6 million) and is marketing a 15 bedroom house on The Bishop's Avenue, London's "billionaires row", at 65 million, said the bulk of those enquiries were for homes in the capital.

"This doesn't surprise me at all," said Sophie Dworetzsky, a partner specialising in rich private clients at law firm Withers. "If you invest in high-end London property you probably feel you have a degree of certainty - it's like a safe currency."

The biggest rise in interest came from Brazil, with a 115 percent spike over the 12 months to the end of January, compared with a year before.

Brazil is one of the so-called "fragile five" economies seen as vulnerable to the U.S. Federal Reserve scaling back monetary stimulus, because of its large current account deficit and reliance on outside capital.

The next biggest increases in enquiries came from Argentina, in the midst of a currency crisis, and Ukraine, which is reeling from a wave of political unrest. Enquiries from both countries spiked 67 percent.

Other members of the fragile five group also saw a pickup in internet househunting in London's plushest neighbourhoods. Enquiries from Indonesia and Turkey, which have both endured weeks of capital flight and falling currencies, rose 10 percent, while South African interest climbed 9 percent and Indian interest was up 3 percent.

London and the top end of its property market is a well established harbour for money fleeing economic and political instability, because of Britain's relative stability and a tax regime that historically goes easy on foreign residents' overseas wealth.

However the issue of foreign property purchases is politically controversial, with many media reports saying expensive houses and apartments are often bought only as investments and are left unoccupied. The Guardian daily reported this week that several mansions on The Bishops Avenue had been left empty and were falling into disrepair.

Following is a summary of percentage changes in visits to Knight Frank's website from specific countries in the 12 months to the end of January 2014 versus the prior 12 months: