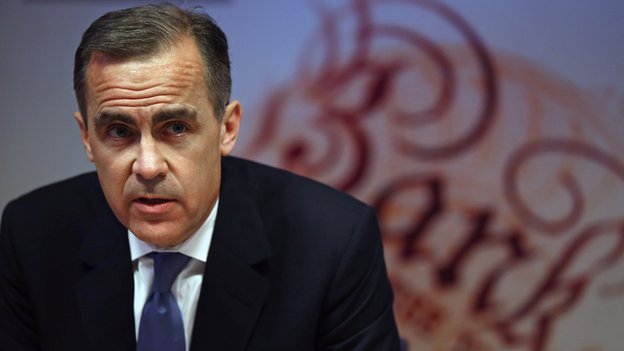 Mr Carney told the Andrew Marr programme that "if you look at the UK as a whole, everywhere bar Northern Ireland - we are now seeing house prices begin to recover"

The governor of the Bank of England has said Northern Ireland is the only part of the UK where house prices are not recovering.

Mark Carney was speaking in a BBC interview with Andrew Marr.

Mr Carney said house price recovery was "a generalised phenomenon" across the UK, aside from Northern Ireland.

NI's finance minister said Mr Carney's remarks were at odds with analysis carried out by Stormont's Department of Finance and Personnel (DFP).

Writing on his Twitter account, Simon Hamilton, said: "Doesn't tally with DFP analysis. Never thought I'd have to correct a governor of BoE!"

On Sunday, Mr Carney told the Andrew Marr programme that "if you look at the UK as a whole, everywhere bar Northern Ireland - we are now seeing house prices begin to recover, so it is a more generalised phenomenon".

However, the most recent official house price statistics for Northern Ireland suggest a modest recovery has begun.

It showed quarter-on-quarter and year-on-year rises in the third quarter of 2013.

Prices were up 2% quarter-on-quarter, the second consecutive quarterly rise.

The Northern Ireland Residential Property Price Index for the last quarter of 2013 is due to be published next week.

The December figures are also due to be released this week.

It is likely they will show that house prices in Northern Ireland have increased over a calendar year for the first time since 2007.

Prof Neil Gibson from the Northern Ireland Centre for Economic Policy at the University of Ulster, has said that while Northern Ireland's housing market recovery is behind other parts of the UK, the quarterly data shows that it is beginning to pick up, and he expects it to accelerate in the months ahead.

"We can expect to see that continue during the year and we also have more banks lending and actively seeking new customers, so we should look for quite a positive year in the labour and in the housing market in 2014.