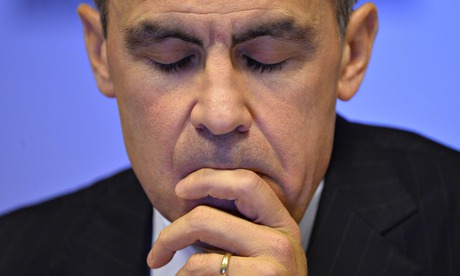 Wealthy foreign buyers' desire for high-end London property is creating a real risk of a housing bubble in the capital, a highly-regarded group of economic forecasters has warned as it calls for measures to cool down the market.

In a special report published on Monday into the impact of rising house prices, the EY Item Club said the influx of super wealthy buyers has created bubble-like conditions in London.

The EY Item Club's senior economic adviser, Andrew Goodwin, said: "House prices across most of the country remain well below their pre-crisis peaks and there seems little danger of a bubble developing.

"But London, which is suffering from a combination of strong demand and a lack of supply, is increasingly giving us cause for concern."

The Item Club's warning is important because it is the only independent economic group to use the same forecasting model as the Treasury. Item stands for Independent Treasury Economic Model.

Estate agents, politicians and the Royal Institution of Chartered Surveyors have all raised fears that the UK is risking a repeat of the 2008 property crash.

The business secretary, Vince Cable, has repeatedly warned of the dangers of another housing bubble. Last week he said: "We cannot risk another property-linked boom-bust cycle which has done so much damage before, notably in the financial crash in 2008."

The Bank of England governor, Mark Carney, has played down fears of a bubble. He said that while prices are rising quickly the acceleration is "from quite a low level".

The Item Club study shows average UK house prices are rising at a rate of 8.4% this year, and predicted them to rise by 7.3% next year and about 5.5% a year thereafter.

Prices are growing even faster in London. Office for National Statistics data shows average prices in the capital increased by 11% in the year to November 2013. This increases dragged the national average up from 3.5% to 5.4%.

The strongest growth is among the most luxurious homes, as rich foreigners take advantage of the fall in the value of sterling. The prices of prime London property  defined as homes that cost more than £1,000 per sq ft  are now 27% above their 2007 peak, according to estate agent Savills.

The report said international interest in London property had been "very high due to a combination of heightened risk elsewhere in the world, low returns on other assets such as bonds, equities and cash, and a weak pound, which has made London properties cheaper for foreigner buyers".

The report added: "Arguably it would be more appropriate to treat it as an investment market, rather than a residential market."

Ernst & Young's head of real estate, Dean Hodcroft, said London is now so popular with the super-rich that it would be hard for policymakers to intervene and cool the market. He said: "Bursting a bubble at the luxury end of the market, which continues to attract interest from international cash buyers with the seemingly irresistible global draw of London's X-factor, may prove tricky."

The Item Club report said the Bank of England should consider intervening to block people from being able to borrow more than three times their income. "If multiples began to approach this level we would regard this as a sign that borrowers and lenders were throwing caution to the wind and that the market was entering bubble territory." The average mortgage in London is already more than three times average salary.

The housing minister, Kris Hopkins, said: "The London housing market has received valuable support from foreign investment, unlocking development and leading to the building of homes that wouldn't otherwise happen."