Fears that the UK's booming property market could undermine the stability of the recovery feature in today's newspaper round-up. 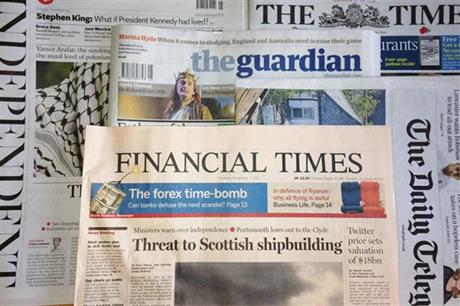 The Guardian reports that house prices "roared to their highest February rise on record last month, fuelling concerns that the UK's booming property market could undermine the stability of the recovery". The newspaper says that Halifax reported that prices rose by 2.4 per cent in the "usually quiet month". According to the newspaper, the price jump "sparked calls for the government to cancel its Help to Buy scheme, which critics argue has artificially inflated prices and encouraged speculation in London and the South-East".

The Telegraph reports that a developer has axed plans for a £300 million biomass power plant that could have powered every home in Northumberland because of "uncertain and inconsistent government policy". According to the newspaper, renewable company RES took aim at energy ministers for "critically undermining the investment case" for the proposed North Blyth biomass power station.

The Independent reports that coastal English towns hit hard by the recent flooding are to benefit from £17 million in government funding for apprenticeships. According to the newspaper, chief secretary to the Treasury Danny Alexander said that areas such as Great Yarmouth, Devon, Weymouth and North Tyneside are set to benefit from the Coastal Communities Fund.

The Western Mail reports that a Cardiff councillor believes that proposals to develop land in the city will "destroy" the quality of life of existing communities. The newspaper says that Neil McEvoy, the leader of the Plaid Cymru group on Cardiff Council will call for the authority's local development plan proposals to be "thrown out" by the Welsh government at Plaid's spring conference in Cardiff today.

The Financial Times (subscription only) reports that chancellor George Osborne is facing a £20 billion black hole in the public finances which means that austerity may have to continue until 2020. The Financial Times' research suggests that even greater cuts will have to be made to welfare, local government and police because other key areas of spending, such as the NHS and schools, are protected.