House prices up by 33 per cent: biggest rise in UK - Tower Hamlets


House prices up by 33 per cent: biggest rise in UK 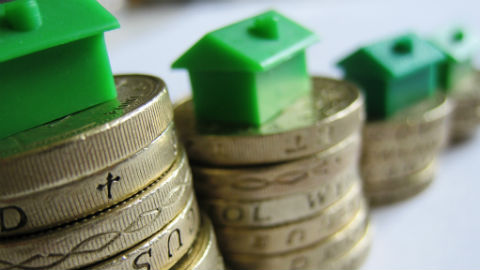 New figures have revealed that house prices in Tower Hamlets have risen by 33 per cent since March 2013, the highest rise in the whole of the UK.

A report by property website Rightmove shows that the average house price in Tower Hamlets this month is £560,581 up from £420,727 last year.

Miles Shipside, director and housing market analyst of Rightmove said that these record prices would come as no surprise, for people living in London.

He added: What might surprise some people is that the last peak was achieved as long ago as October last year. Demand continues to outstrip supply in many areas and with the spring market approaching, further record highs are to be expected.

The report showed that whilst houses prices in London continue to rise, the most expensive boroughs are no longer the driving force behind this. The four priciest boroughs recorded an average fall of 1.3 per cent this month but prices in London as a whole are still up by 2.1 per cent.

Dave Smith, director of the Mile End-based, East London Community Land Trust, said: There is a huge problem which is that houses were never affordable in the first place. Weve seen kids having to move schools every year because their families are priced out of the area.

Smith explains that the Community Land Trust, the capitals first housing provider to use this model, has an aspiration to build houses in different areas as a way of generating greater affordable housing.

He said: We think the way forward can be to link house prices to wages rather than the market rate. In our project weve seen house prices at 50 per cent below the average because of this method.

Campbell Robb, chief executive of housing and homelessness charity Shelter, explained that the government had a duty to act on this issue, adding that the dream of owning a house is out of reach for thousands of young people and families.

Robb said: The government has to meet people half way by committing to bold solutions that will put the brakes on our roller coaster housing market and give future generations the chance of a home of their own.