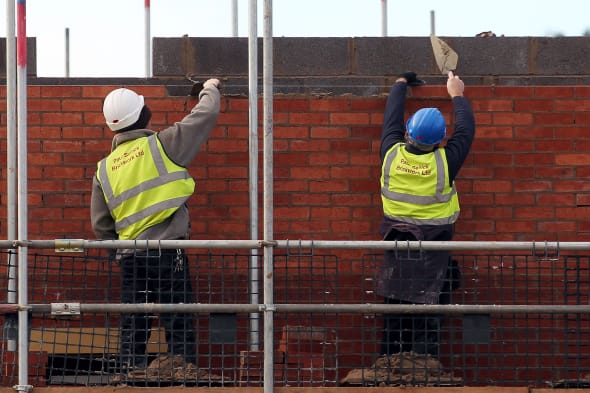 George Osborne made a number of announcements about new housing policies - both in the run-up to the Budget and in the speech itself. There was support for buyers, help for self-builders, and an announcement of some major new housing projects.

So what will it mean for house prices?

There was one measure which immediately sparked talk of pushing up prices. On Monday Osborne announced he was extending the Help to Buy equity loan scheme until 2020 - helping 120,000 more households into a new-build home.

This scheme means that the government will lend buyers up to 20% of the cost of a new-build home, so a buyer only needs a 5% deposit and a 75% mortgage from a commercial lender. It makes getting a mortgage significantly more straightforward for those with a good enough credit record and a big enough deposit, and has been welcomed by the industry.

Miguel Sard, Head of Santander Mortgages, Santander said:"There is now a good choice of affordable housing options on the market for borrowers with smaller deposits, and this improved mortgage availability is benefiting both first time buyers and existing home owners looking to buy a new property. Since the introduction of the two Help to Buy schemes the market has opened up."

Extending the scheme is expected to provide a further boost to demand - and therefore to house prices. Sard raised this possible concern too, saying: "We need to see how this develops over the course of this year. We continue to support both Help to Buy schemes and will regularly review the impact this is having for our customers and on the housing market, and wider economy."

However, the Budget also included a number of steps designed to help keep a lid on these rises. Osborne is in the business of increasing supply in order to meet this demand. He said that housebuilding had increased by 23% but that this still wasn't enough.

He announced that there will be a new Garden City built near Ebbsfleet in Kent - involving 15,000 new homes. He accepted that this had already been announced by the Labour government years ago, but promised that this time the plans would actually come to fruition. With the promise of a prospectus on the future of Garden Cities, this may not be the last new city announced.

He offered £500 million support for small building firms. Grainia Long, chief executive of the Chartered Institute of Housing, said this would provide much-needed funding for smaller builders who have found it much harder to borrow since the financial crisis.

And there will be £150 million of help for self-builders in a 'right-to-build- scheme, although details of what that funding will look like remains to be seen.

All together he estimated that these measures will mean an extra 200,000 houses will be built - although he didn't give a date for when they would be completed.

After the Budget, Communities Secretary Eric Pickles said: "The moves will get workers back on site across the country, including at large sites like Ebbsfleet, help smaller builders to restart work on stalled developments, and make sure people who want to build their own home can."

In addition to more building, Osborne has tasked the Financial Policy Committee of the Bank of England to: "Be particularly vigilant against the emergence of potential risks in the housing market."

Elsewhere there was another measure which could dampen demand among some quarters. Anyone buying a property, worth £500,000 or more, through a company will have to pay stamp duty at 15% - effectively making this worthless as a tax-avoidance wheeze. You could argue that these people will simply buy the property and pay the tax. Alternatively they could choose not to buy at all - reducing demand.

Overall, therefore, the Budget seems designed to support the building of more new homes and then make it easier to buy them. With any luck this will have little or no impact on house prices - just make it easier for more people to own their own home. We will have to wait and see whether this plan works.