George Osborne's pensions revolution aims to lift the 'dead hand' of the state from people's lives. Is it a masterstroke or will investment freedom allow older pensioners to run out of money? 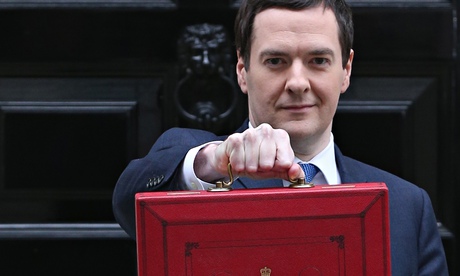 Not since Margaret Thatcher gave people the right to buy their council homes in 1980 has a reform so perfectly encapsulated the values that inspired her. Back then Michael Heseltine, the environment secretary, said that "no single piece of legislation has enabled the transfer of so much capital wealth from the state to the people". The "right to buy", he said, "enables parents to accrue wealth for their children and stimulates the attitudes of independence and self-reliance that are the bedrock of a free society."

Thirty-four years on, the same spirit was reborn in George Osborne's fifth budget as he revolutionised the pension system and declared, in effect, that the state should no longer control how people organised their own incomes later in life. "The message from this budget is: you've earned it; you have saved it; and this government is on your side," Osborne told the Commons.

By handing everyone who has saved into a private pension fund the right to take all of their money on retirement at more favourable tax rates, rather than having to use most of it to buy an annuity and a regular income, the chancellor was handing them the keys to their own personal treasure chests, together with a licence to blow it all in an instant if they so wished.

It was a decision, as the Institute for Fiscal Studies (IFS) said, of historic proportions that will reverberate for generations. Steve Webb, the Liberal Democrat pensions minister who championed the move in the coalition, said he would not worry unduly if people spent the lot on a Lamborghini and were left reliant entirely on the state in later life. That was their choice and their right. As much as anything it was a statement about freedom, or as the Daily Mail put it, about giving "pension power to the people". If pensioners acted wisely, they could get a better return than from a poor value, low-return annuity and, into the bargain, hand on any remaining funds to their children when they died. Ideologically Osborne's pensions revolution is of a piece with much else that the Tories are trying to do. It is about personal responsibility, rewarding prudence, deregulation, individual initiative and choice. It is about lifting the "dead hand" of the state from people's lives and saying they should, and can, take financial responsibility for themselves in retirement.

It is in tune with reforms in education and health, as academies and free schools are given more freedom to determine their curriculums and employ unqualified teachers if they wish, giving parents new options over the institutions they send their children to. As the NHS faces more competition from the private sector, the idea is that patients get more choice and better services. Students have to pay for their university education through fees. Iain Duncan Smith is determined that his legacy will be an end to "welfare dependency", and the creation of a society where it pays for people to work. A cap on welfare spending is designed to challenge Labour to follow suit. Across the board the message is clear: the state is rowing back and individuals are being urged to take control.

Politically the Osborne plan makes sense, too, for a Conservative party heavily reliant on the "silver vote" of the elderly. Pensioners have been complaining for years that, with interest rates at record lows, returns on annuities have been meagre in the extreme. Someone who has accrued a £100,000 pension pot now receives an annual pension of around £6,000. In the 1990s they could have expected £15,000. The Tories, under threat from Ukip, need to win back as much of the disgruntled "grey vote" as they can before the general election in May next year and few moves could have done more at a stroke to help them do so.

But budget announcements that at first seem too good to be true never escape scrutiny and criticism for long. On Thursday morning James Lloyd, director of the Strategic Society Centre thinktank, told a meeting that Osborne's move was a "catastrophic" mistake. Writing later on the Personal Finance website, he said: "In one swoop, budget 2014 destroyed UK pension policy. The chancellor's announcement that individuals will no longer have to buy annuities is possibly the most catastrophically bad policy decision made by this government. It will almost certainly have to be reversed, if it can be." As the IFS also warned the change would mean that those who still wanted to buy annuities could get even worse deals than are available now, because the market would shrink, Lloyd claimed Osborne was replacing the "security and peace of mind of an annuity with insecurity and fear", while tempting many to pump their money into buy-to-let properties, the effect of which would be to further inflate the housing market. "As such, it is highly likely the chancellor's annuity announcement will also turn out to be disastrous for first-time buyers and could represent the death knell of aspirations of homeownership for millions of young families. In today's overheated property market, the chancellor has effectively decided to air-drop an enormous tanker of rocket fuel."

Other experts said there was evidence from Australia, where people have been freed from any obligation to buy an annuity, that many pensioners are running out of money late in life. In a rapidly ageing society, the potential for increased late-life poverty is clear.

Chris Noon, a partner at pensions consultants Hymans Robertson, welcomed the flexibility being introduced into the system, but said he was concerned that people would be asked to make very complex choices without proper information. Osborne announced that he would provide £20m to fund advice services, a sum the Financial Times described as "tiny", given the scale of the task.

Noon cited a typical example of an average worker now on about £25,000 a year who would build up a pension pot of around £120,000 at retirement. He might then decide to take out £10,000 a year from that pot to top up his state pension of £7,500, only for the pot to be empty after 12 years. "He would then be back on a level of income that would be below the poverty wage for pensioners. My big worry is that we are not equipping individuals to make sensible decisions about what they take out."

Ministers argue that the new higher state pension being introduced from 2016 will be an adequate safety net for all. But charities are worried that those with least money, and who are least able to secure the best deals and judge the market, will suffer.

Julia Unwin, chief executive of the Joseph Rowntree Foundation, said that as well as risking further house price inflation, which would benefit the "haves" and not the "have nots", people could suddenly find that money they took out of their pensions and kept as savings would have to be used to pay for their social care, if and when they suddenly needed it. Currently money in pension pots is not taken into account.

She said: "While rewarding savers and introducing flexibility is welcome, in the long term most of these proposals don't help the many hard-working people unable to save much, if anything, for their old age. This is a budget for the people who already have, not for the people who need to benefit most from the return to growth."

Gavin Kelly, chief executive of the Resolution Foundation, agreed that there were huge and far-reaching potential consequences. "It's an enormous reform just to pull out of a hat in a budget speech," he said. "Leaving to one side what it does or doesn't mean for the adequacy of future pensioner incomes, there are also potentially big knock-on effects for social care funding, the housing market, pension tax relief and the extent to which it can any longer be justified, and the scale of financial advice and support that the public is going to require in this new world. It's going to take quite a while to unpick all of this."

The government argues that many people will still opt to buy annuities and that the shakeup will drive competition and reform of the industry so it offers better, more competitive, more tailor-made deals in future. Ministers say there will be a legal obligation on pension providers to offer advice on what to do following the changes. However, research by the consumer group Which? shows that only 42% of consumers coming up to retirement trust their pension provider to act in their best interest. The fear is that a lack of free independent advice could prompt a resurgence of the mis-selling scandals of the past and that retirees might fritter away their retirement funds. They may be targeted by holiday companies or firms selling other luxury pursuits that are popular in early retirement years.

Annuities certainly have a bad name, but they exist for a sound purpose: to insure people against the risk of outliving their savings. The industry works on the basis that those who die prematurely end up subsidising those who live to a greater age. While few think the industry is in good shape, plenty of experts see profound dangers in such sweeping wholesale changes to a deal forged for the mutual benefit of state and individual. Lloyd argues that "the annuitisation deal is explicitly paternalistic: it ties people into doing what they otherwise might not want to, recognising that people make poor financial decisions, and are not perfectly rational. In recent years we have come to call this sort of thinking 'behavioural economics'."

He adds: "The problem with the chancellor's decision is very simple: all the evidence indicates very few people will opt to buy an annuity under the new rules  and the assumption of 30% taking this route deployed by the Treasury in its costings appears highly optimistic. Instead most are likely to take the cash and then  unsure how much they can spend down  will simply sit on it or invest it elsewhere."

The TUC's general secretary, Frances O'Grady, said the ageing population created a need for more sharing of responsibility, rather than more individualism. "No one can know how long they will live. What people need from a pension is a regular income in retirement that lasts as long as they live. The way to do this is to share risk between people.

"Annuities may well be broken, but the answer is not to end responsible collective risk-sharing. Instead we need to find new ways to make them work."

It was unquestionably a very good week for Osborne, despite the creeping doubts about his pension revolution. After two days of wondering what to do, Labour came out in support of the plans on Friday, albeit with caveats. A few weeks ago Ed Miliband promised his own "people power" revolution, so to resist something so outwardly populist would have opened him to scorn.

But while the ideological thrust is clear, and the broad policy has all-party support, the long-term implications are less certain. As with the sale of council homes, which came to define the Thatcher era but which is now blamed for a shortage of affordable housing and a soaring housing benefit bill, the long-term consequences may be less positive when we look back.