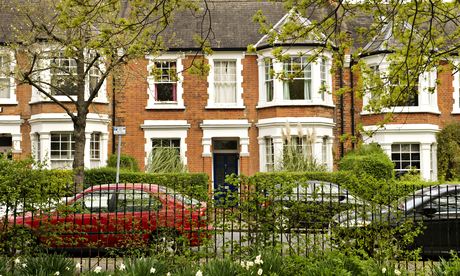 For years the London borough of Brent was synonymous with Wembley stadium and Ken Livingstone's constituency when he was an MP. It included some of the capital's most deprived areas, and was once dubbed the drive-by-shooting capital of the UK.

However, Brent residents, and more particularly those in the trendiest part of the borough, Queen's Park, woke on Wednesday to the fact that their small corner of north-west London last year witnessed Britain fastest rising house prices. Homes here outpaced the oligarch and banker hotspots of Chelsea, Westminster, and even Knightsbridge.

Developers, foreign buyers, and a large number of families downshifting from the nearby and super-expensive Notting Hill area, have, according to agents, sent prices to hitherto unimaginable heights. Price increases in Queen's Park have made millionaires of thousands of residents.

Nazir Shah, of Lewis Estates, in Queen's Park, said: "It has been crazy in recent months, shocking. A couple of months ago we sold a two-bed flat that is due to complete on Friday for £560,000. If we put it back on the market today it would make £625,000, if not more.

"Houses that sold for £1.1m a few months ago are already worth £1.35m, and prices have been moving up so fast it's become very difficult to value houses. We've been asking the vendors what they hope to get, and unless their valuation is crazy, putting it on for that amount. Sealed bids are commonplace, with the winner often paying £15,000 to £20,000 over the asking price."

Across the road at the agents Queens Park Partnership, Alan Isaacs said the area had increasingly become the hot choice for London's well-off families spurred by its good transport links, wide tree-lined streets, park, and strong community. He said houses that sold for £155,000 in 1990 were now fetching in excess of £1.4m. Renting a house in the area now cost a minimum of £1,000 a week.

Price increases in Queen's Park have sent a ripple through the borough, helped by the gentrification of nearby Kensal Rise and Willesden Green. Even Harlesden, once infamous for its shootings, is hugely on the up. "If you're feeling brave now's the time to buy in Harlesden. It's only going one way," said one agent.