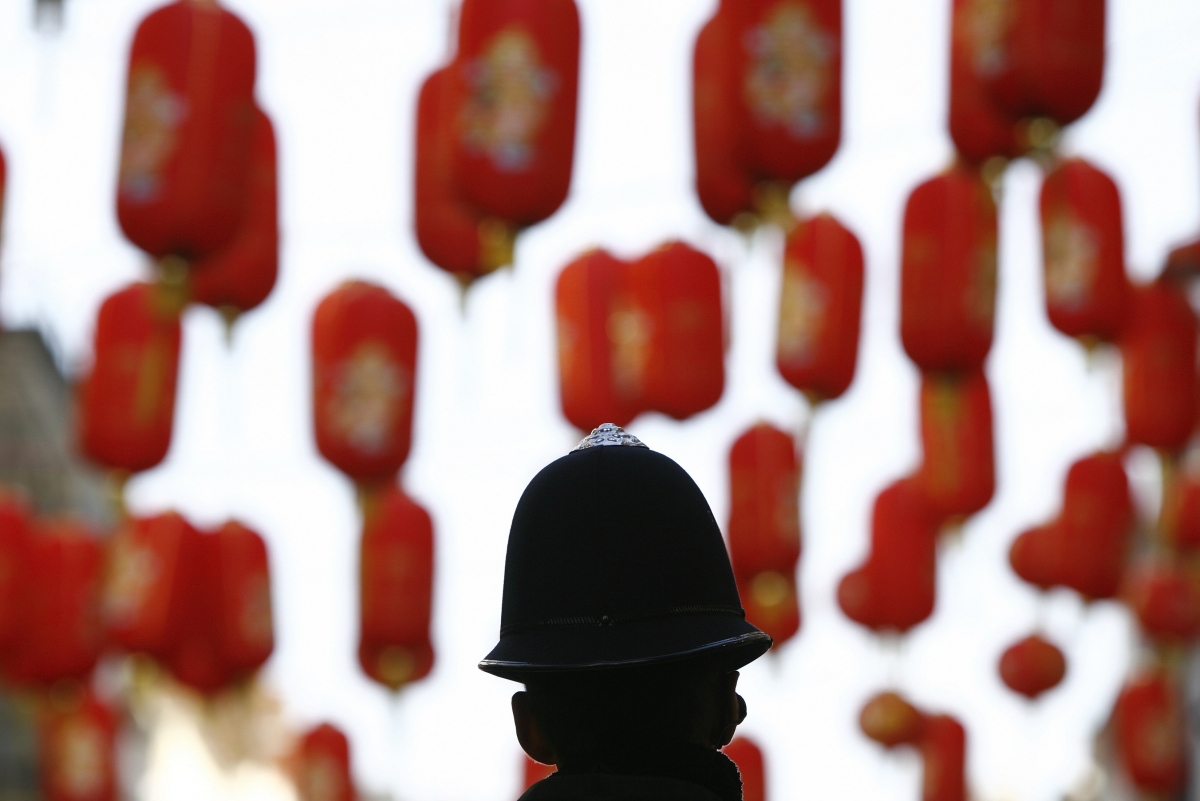 China is investing more than any other nation in London property worth under £1m, according to Knight FrankReuters

Russian oligarchs hoovered up London's prime property when they came to the city to buy football clubs and media businesses.

Oil-rich Arab states like Qatar are lining the English capital's skyline with cloud-tickling towers as their moneyed citizens settle in the ultra-expensive parts of west and central London.

And wealthy Europeans from struggling states such as Greece have ploughed money into London's prime property market to protect their cash from the eurozone's black hole economy.

But now it's China's burgeoning billionaire class who are eyeing London's prime property, as the Asian powerhouse watches its economy march towards being the world's largest  potentially by the end of the decade.

According to the property research firm Knight Frank, China replaced Greece in the top ten table of groups of investors in London during 2013, coming in to joint fourth place with Italy. Above them were domestic UK investors, Russia and the United Arab Emirates.

The Chinese were also granted the most tier one investor visas by the UK, which fast tracks the immigration process for those who want to invest more than £1m (1.2m, $1.66m) in the country, since the scheme's 2008 launch. They overtook Russia.

Bumps in the road for China's economy, such as a slowdown in manufacturing activity, have also pushed the country's wealthy towards London property as an investment opportunity.

"Other factors include the growth of foreign travel and social media, the strength of the Chinese Renminbi versus Sterling and a desire to escape air pollution in some areas of China," said Tom Bill, an associate in Knight Frank's residential research department.

"All of that comes against the uncertain backdrop of a $10tn economy that is shifting its focus away from heavy industry towards consumerism."

He continued: "Chinese buyers prize London for its heritage, schools and universities, growing levels of new-build homes and the fact residents are not taxed on their global wealth, unlike the United States.

"The fact Canada scrapped its immigrant investor programme this year will also benefit London as the North American country had been a popular destination."

Prices in some of the traditional prime London markets, such as Mayfair and Belgravia, are barely growing.

Whereas those in outer prime areas, such as Islington, Wandsworth and Clapham are rocketing.

And it's in these areas, where you can still pick up decent-sized properties for under £1m with lots of potential for profit-making, that the Chinese are targeting.

"It is the highest percentage of any foreign buyer since 2008 in a price bracket that typically marks an entry point into the London market," said Knight Frank's Bill.

Some of this expanding wealth has already made its way to London. A Chinese developer has signed a £1bn deal to build a new financial district in London's Royal Albert Dock. It will feature offices, shops, and homes all on a 35-acre site in London's Docklands.

The plans should be fully realised by 2021/22 and it is hoped the area will become a gateway for Chinese businesses setting up in the European market.

Moreoever, Chinese and UK authorities have just agreed on London getting its first Renminbi clearing bank, cementing its status as a western hub for trading in China's restricted currency.

But it's just that  China's capital controls  that may hinder Chinese investment in London and its property.

"Despite strong demand, controls on outflows of capital from China suggest there won't be a sudden step-change among buyers in the prime London residential market," said Bill.

"The fact Chinese buyers are the fourth largest group in prime central London even with outflow restrictions in place suggests minor changes in Beijing in future could well have a significant positive impact in London."

The UK may also take steps that will put the brakes on foreign investment in London property.

Chancellor George Osborne has said they will be subject to capital gains tax when they sell up, a levy overseas investors were not subject to in previous years.

And there is the threat of a new property tax on houses worth over £2m if the opposition Labour party wins the 2015 general election.

This is expected to weigh on house price growth in London, particularly the prime and outer prime areas.

But once the political uncertainty has been removed after May 2015, investment in London property will probably pick up pace once again - and it looks like the Chinese will lead the way.