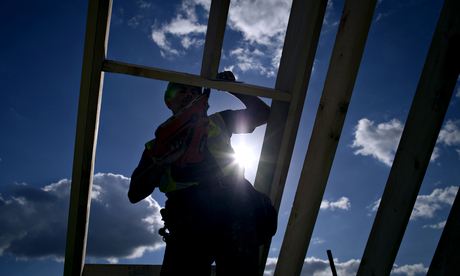 Nationwide and Halifax have both published house price indices last week which, despite disagreement over what happened in March (Nationwide says prices went up by 0.4%, while Halifax insists they went down), both show strong year-on-year growth.

The indices are based on mortgages the lenders have approved over the month, which are then adjusted to try to show the cost of a typical homes (this means the price doesn't jump about if a lot of studio flats sell one month and a lot of £1m mansions the next). But they don't include cash buyers.

Recent research showed almost four in 10 purchases were made in cash in 2013, while Nationwide puts the current figure at 35%, so that is a big part of the market to leave out. 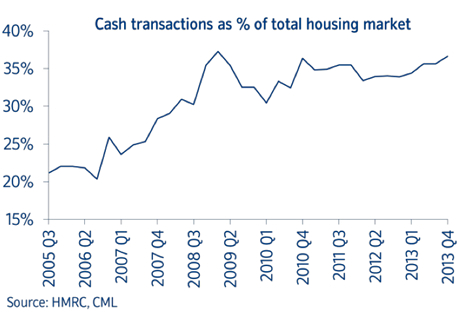 Nationwide's chief economist, Robert Gardner, says it shouldn't make a difference to the growth figures. He points to the Land Registry figures, which do include cash purchases: "If you look at the year-on-year changes in the Land Registry figures and ours, over time they run incredibly closely," he says. There is a lag, because the Land Registry data is at the time of completion, while lenders report prices at the mortgage approval stage, but the direction and rate of change is broadly similar.

Provided by London & Country for the Guardian

But while the movements may be similar, the average price being quoted is likely to be an underestimate if you strip out cash buyers. Neal Hudson, associate director of residential research at Savills, has used data from the Office for National Statistics, HM Revenue & Customs and mortgage lenders to put together a graph showing a substantial difference in the prices paid by homebuyers using mortgages and those who have the money to go it alone: it shows a cash premium of 30%. 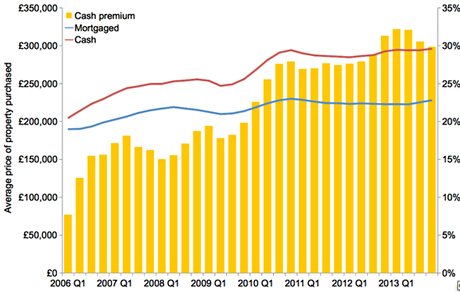 It's worth noting that the figures are not adjusted, so big cash purchases at the top end of the market could be made at a huge premium, while older homeowners cashing in their equity and downsizing may not all be paying more than their mortgaged counterparts. But the data does suggest that the actual average price of a property is likely to be higher than quoted by any index based on mortgage approvals.