Will most of the buyers of new properties here be from outside the UK?

As the celebrated architect Frank Gehry unveiled his contribution to redeveloping London's Battersea power station he felt it necessary to say, "I want to create a set of buildings people will want to live in," as if there were an alternative aspiration.

He was addressing a concern that London's luxury new-build property market is becoming a repository for the wealth of the global super-rich.

As such, many argue it is doing nothing to ease the city's acute housing crisis - especially if the new homes are left empty.

Figures compiled by the global real estate consultancy Knight Frank show that for the two years to June 2013, 69% of new-build buyers in the prime central London market were not British.

Almost half, 49%, were not resident in the UK - thus raising the fear that homes have been bought purely as an investment and may be left empty.

In an earlier phase of the development of the Thames-side Battersea power station, half the apartments built in former power station's shell were sold outside the UK.

"If this place doesn't work and there's nobody living here, it just won't function properly," he says.

"It is essential we do what we can to make sure our homes are occupied, and we're doing everything possible". 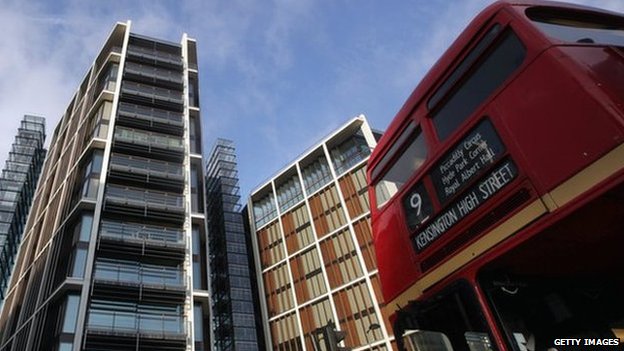 It is not contributing anything to the community because it is emptyDavid Boothroyd  Councillor, Westminster City Council

"You can't stop investors buying, but even if they do they're going to rent these properties out because people will want to live here - they will be great investments."

Walking beneath One St George Wharf, another luxury tower development along the river from the Battersea site, I meet a woman walking her dog.

"There's no way normal Londoners can live here, no way," she says.

She agrees rich foreign buyers are squeezing out local people though she accepts it is "not their intention - it is just they have the money and the wherewithal."

"It's out of most people's range," says a man eating a sandwich as he enjoys the new riverside walkway.

"Youngsters coming on the market don't have a chance."

Across London I meet Westminster councillor David Boothroyd outside one of London's most controversial new-build properties. One Hyde Park is a luxury development with, as the name implies, views of Hyde Park itself. 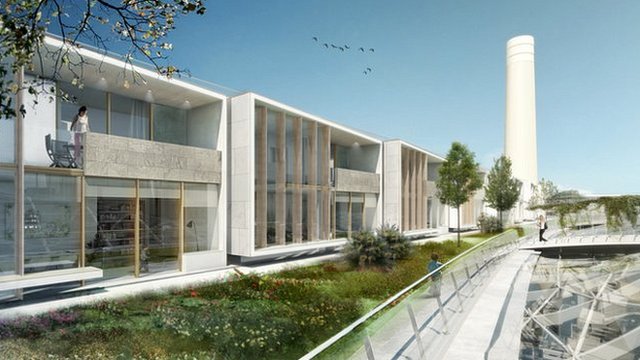 "It is the most luxurious block of flats you could ever imagine in London and they sell for about £70m each."

"It turns out there's almost no one actually living here," he says.

The flats themselves are mostly investment properties and it is easier for the owners to keep them empty than have the hassle of renting them out, he says.

"It is not contributing anything to the community because it is empty."

He surveyed his central London borough, Westminster, and found that even though the number of homes had increased, the number of voters and council tax payers had fallen because so many properties were unoccupied. 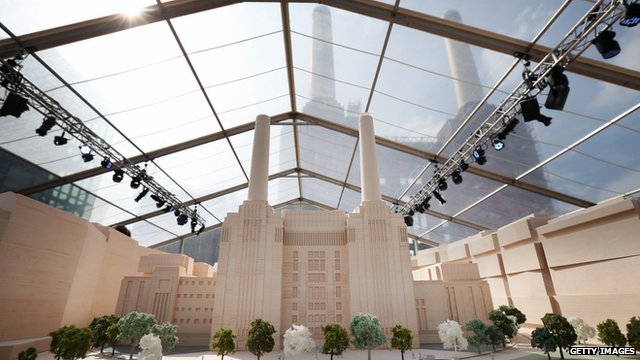 However, Grainne Gilmore, head of residential research at estate agents Knight Frank, argues that those who leave properties empty are few and far between.

"It is a very small slice of the market. As you move up the value chain you have billionaires - globally wealthy people - who own homes all around the world and they spend a fraction of their time in each.

"They are different from the investors, they want to keep their homes for their use only, but it really is at the top end of the market and it is a small fragment of homes in the capital."

Battersea power station Eventually there are planned to be over 3,400 homes on the site
Phase Three of the development of Battersea Power Station Besides shops and offices, there will also be a new underground station Despite anecdotal evidence of foreign buyers stoking house price inflation by purchasing normal residential properties, research by Knight Frank suggests that away from the prime central London locations, foreign non-resident buyers - at least of new-build homes - are less active.

More than 79% of all new homes, even in inner London, are bought by UK residents and in outer London the figure is more than 93%, according to Knight Frank.

"We do not have enough supply of homes in the capital and that has driven up pricing. Houses are not being built full stop," says Grainne Gilmore.

Much of the building that is taking place is aimed at the top end of the market.

According to the property consultancy EC Harri, the next decade will see 20,000 prime residential units completed in London, with a sales value of £50bn.

Prof Tony Travers, who is local government expert at the London School of Economics, agrees and says that London's rapid house price inflation is more to do with the lack of building than with foreign buyers.

Back at Battersea Power Station the modest plans for affordable homes, just 15% of the total, have drawn stiff criticism. And only half of those are expected to be social housing, accepts Rob Tincknell.

So the homes ordinary Londoners can afford are simply not being built.

Battersea Power Station stopped generating electricity in 1983 and since then differing development proposals have come and gone - but this one, backed by Malaysian money, looks likely to succeed.

A much-loved building will have been given a new lease of life, yet most of the 3,444 new homes will be beyond ordinary Londoners' reach.

For most, London will have gained another neighbourhood to look at rather than live in.

Are you trying to get on the property ladder? Have you struggled to find a property or a mortgage? Send us your comments using the form below.