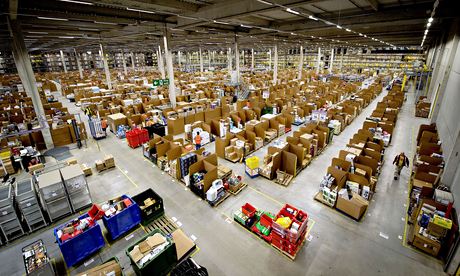 Can my new spectacles case explain the spectre haunting Europe  deflation  as well as why global climate change is inevitable and even how yet more house price rises are ahead?

It was produced from plastic, lined with felt, and has a metal zip. It was made on the fifth floor of a factory at 399 Jihua Road in Shenzhen, China, near the border with Hong Kong. It was individually wrapped for me in a padded envelope, my address printed on it, and barcoded. It was taken by China Post to the local airport, where a customs declaration was made and stamped by the authorities. It was loaded on to a plane and sent by airmail on a 5,950 mile flight to London, where it was picked up and taken to a sorting centre in the capital. The final leg of its journey was on foot as a postman delivered it to my home in south London.

And how much did I pay for the production of the plastic and metal, the manufacture in the factory, the packaging, the customs officials, the vehicle to the airport, the flight across the globe, the collection and delivery in London, the website that organised and tracked the purchase, and the payment processing company that took my debit card details? I was billed a total (including delivery) of £1.42.

Dare I say that, on inspection, I didn't like it, and that I could use the distance selling regulations to send it on a long journey back across the world, at no cost to myself? Maybe this is just a particularly absurd example of global logistics chains (several links in mine must have made a loss) that see vast volumes of consumer goods manufactured at ultra-low prices, then carted across the planet, with all the pollution and environmental damage that entails. But my specs case is also a reminder to every manufacturer that if you raise your prices, you may be viciously undercut and lose your market as shoppers use the internet to buy more cheaply elsewhere.

Amid the celebratory stories over the past week that wage rises in the UK have, finally, outstripped inflation, there are warnings of a sting in the tail. In much of Europe, deflation has taken hold and it's not just the countries of the euro, as Sweden has now followed the others into outright falls. Price cuts sound appealing, but experts warn that deflation sends countries into an economic cul-de-sac (just look at Japan). Consumers expect prices to continue falling, so they postpone purchases, while companies cut back on investment and hiring, and the country is thrown into a downward spiral of collapsing demand. For those with excessive debts (think Italy on a government level and Britain on a personal level) the real debt burden increases over time, rather than falling as it does with inflation.

Ultra-low inflation or outright deflation binds the hands of central bank governors. How can Mark Carney at the Bank of England possibly raise interest rates if prices are falling? In Sweden, the Riksbank has experimented with negative interest rates, which (if you can get your head around this) means you pay to deposit money in the bank. Meanwhile, starved of a decent interest rate on deposit, funds flow into that old favourite: housing. Stockholm is in the midst of its own property bubble, much like London's. The only levers now left to Carney to take the wind out of Britain's grotesque house price spiral are so-called "macro prudential tools"  effectively ordering the banks to impose sterner tests on borrowers and ration the amount of lending.

Those edged out of home ownership won't thank Carney for forcing them into the hands of a buy-to-let landlord (who, weirdly, doesn't have to meet the new regulatory rules on affordability). For depositors hoping for the day interest rates return to "normal", the likelihood seems to recede further every month.

But back to my spectacles case. If the website told me the case was going to be individually flown to me, I might have baulked at the purchase, in the way that "food miles" puts me off out-of-season veg flown in from across the world  although I doubt that is going to make much of a dent on consumer behaviour.

What I should have done is pop into an Oxfam shop where, I'm told by a colleague, it's easy to find old specs cases. And please don't say I should have gone to Specsavers.