Help to Buy assists 20,000 in its first year as house prices dip for March 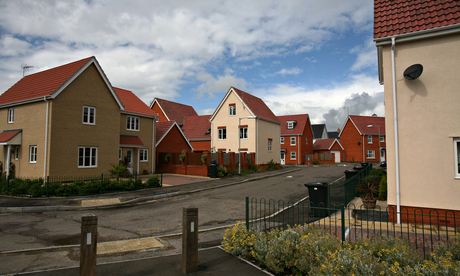 The government's Help to Buy scheme is available to people purchasing new homes. Photograph: Graham Turner for the Guardian

Almost 20,000 homebuyers bought new-build properties worth a total of £4bn assisted in the first year of the government's Help to Buy scheme, figures showed on Wednesday, as the latest Land Registry data showed a dip in house prices in March.

The government has now advanced £791m worth of the loans, which are offered free of interest for the first five years after purchase and are only available on new-build properties.

The scheme was designed to kickstart the housing market and to allow those with small deposits access to home loans after the credit crunch reduced lenders' appetite for risk, and 70% of those taking an equity loan put down a deposit of 5% or less  £9,250 on the median property price.

The latest figures for the second part of Help to Buy, which offers lenders a taxpayer-backed guarantee on mortgages of up to 95% of a property's value, showed that by the end of January, 2,572 sales had been completed on homes with an average price of £148,048.

The housing minister, Kris Hopkins, said: "Thousands of people have now achieved their dream of becoming homeowners through Help to Buy. Hard working families are getting the homes they want, while housebuilding is at its highest level since 2007 and climbing.

"It's clear evidence our long-term economic plan is working. But there is still more to do, and we will continue to prioritise resources to improve the housing market."

The figures came as the Land Registry reported a 0.4% drop in house prices in March, but said prices in England and Wales were up by 5.6% year-on-year.

In the London boroughs of Southwark, Lambeth, Islington and Waltham Forest prices have risen by more than 20% over the past 12 months, while in parts of the country beyond London prices are down on the previous year.

Matthew Pointon, property economist at Capital Economics, said: "With the supply of homes on the market still low compared to demand, house prices and transactions will rise further over the coming months. But fears that central London's boom must now ripple out across the country look, so far, unfounded."