Toughest warning yet from Bank about rising property prices, as one in 15 London homes now sell for £1m or more

Bank of England warns housing boom may turn to crash 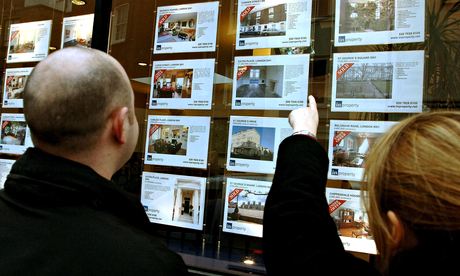 Britain's booming housing market could be heading for a fresh crash, the Bank of England said in its toughest warning yet about the dangers of the return of rapidly rising property prices.

Sir Jon Cunliffe, Threadneedle Street's deputy governor for financial stability, said it would be dangerous to ignore the momentum apparent across the country and dropped strong hints of new measures to slow down the market in the months ahead.

On a day when it emerged that one in 15 London homes are now selling for £1m or more, Cunliffe said Britain had a history of booms turning to bust. "This is a movie that has been seen more than once in the UK."

The Bank's deputy governor said that there were always risks to financial stability "blinking on the dashboard" but made clear his concern about the possibility that borrowers taking on large mortgages could find themselves in trouble when interest rates inevitably rose.

"The growing momentum in the market is now in my view the brightest light on that dashboard", Cunliffe said. "It has not yet been accompanied by a substantial increase in aggregate mortgage debt, though gross mortgage lending is growing and there are signs that debts are becoming more concentrated."

Cunliffe said the housing market could have a "soft landing" as houses became less affordable and lenders tightened up the conditions for granting homes loans. "But other outcomes are very possible and the financial policy committee [FPC] will need be both vigilant and ready to act."

He said the risk was of "a major overshoot in prices and buildup in debt followed by a sharp correction with negative equity and an overhang of debt for many households", adding: "Unfortunately, there are more precedents in UK for periods of a rapidly growing housing market to end in this way."

The FPC was set up by George Osborne with a view to preventing the economy being destabilised by the sort of asset price bubbles that emerged before the crash of 2007-08. Cunliffe said the decision about what to do about the growing momentum would be its top priority in the months ahead.

Figures from the Nationwide building society showed annual house price inflation at a seven-year high of 10.9%. Cunliffe said: "There is good reason to believe that a ... combination of strong demand, weak supply and expectations of a rising market could lead to a period of sustained and very powerful pressure on house prices in the UK."

Earlier this week, Threadneedle Street announced stringent stress tests designed to ensure that lenders could absorb a 35% drop in house prices, a fall that would be unprecedented in the UK. Cunliffe said the Bank was worried that more and more people were getting into debt that could pose a risk to the economy's year-long recovery.

"Given their sensitivity to a change in economic conditions, a long tail of highly indebted households could represent a vulnerability for both the banks and the economy. The data suggest that the size of this tail is increasing."