Head-to-head: should private landlords be subject to greater regulation?

As the private rented sector grows, so do calls for regulation. We asked a tenants group and the landlord lobby for their thoughts 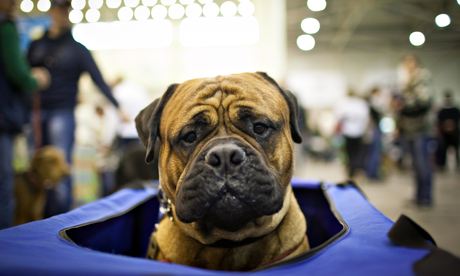 Is it really harder to open a commercial kennel than to let a house to humans? Photograph: East News/Rex Features

'A national register of landlords will help end the worst abuses'

A powerful, well-funded landlord lobby has, for the past half century, won most of the demands it has made of British governments. Perhaps this is linked to the number of landlord lobbyists who have worked for the government on private renting policy, or maybe it's because a third of MPs are landlords themselves.

Two of the three tenancy deposit protection schemes are actually run by landlord bodies and landlords get to choose which scheme to put their tenants' money in. It's no surprise, then, that schemes can be slow to pay tenants their money back and there's evidence of landlords holding tenants to ransom, negotiating a "cut" on the basis of spurious damage claims when a tenant urgently needs their cash to secure their next home.

Landlord associations want you to pity poor, over-regulated landlords  but the reality is that it's harder to open a commercial kennel than it is to let a house to humans, and landlords rarely mention their financial perks. They don't mention their access to tax relief on mortgage interest that isn't available to private householders, or the special wear-and-tear tax-free allowance of 10% of their rental income, without any check that it is spent on maintaining the property. They don't mention their right to evict tenants to benefit from capital gains tax flipping (though you can see where MPs got the idea).

Recent research by the Intergenerational Foundation and Paragon Mortgages shows that, far from being unprofitable, cost-ridden and risky, being a landlord has been one of the most lucrative forms of investment since the 2008 crash. If it were so unattractive, it's hard to see how the UK's private renter population could have doubled to more than 9 million people in the past decade.

Further research by Sliced Bread, Crisis and Shelter shows that the very poorest tenants often have the worst landlords  the ones who won't protect your deposit or who would rather evict you than fix your boiler. According to research by the National Union of Students , these "slumlords" are happy for one-fifth of students to live in vermin-infested homes.

You might think we have an aversion to all landlords but we actually believe it's more common for their failures to result from amateurishness rather than callous, greed-driven exploitation. Landlord groups have a huge amount of excellent information for their members, but only a tiny percentage ever join such a body.

We want a national register of landlords that includes mandatory membership of a landlord body so that they can run their businesses better for tenants and more successfully for themselves. At the same time, a register would allow councils to focus their enforcement resources (paid for through your council taxes) on unregistered, exploitative landlords, meaning a vast improvement for the most vulnerable tenants.

A national register would benefit decent landlords, tenants and taxpayers. The only landlords who have something to lose are those who are willing to profiteer from housing vulnerable people in conditions of misery.

'Regulation is expensive and often ineffective'

Are tenants well served by the rush towards greater regulatory control in the private rented sector? Politicians, campaigners and special interest groups find it hard to resist sweeping claims about landlord abuses and the ineffectiveness of existing controls. But a simple question is rarely asked: why have decades of previous housing legislation failed if the problems can be so easily overcome with a new law or two?

Regulation is expensive, and these costs are often passed on to tenants through a reduced supply of housing and higher rents. A recent report I wrote suggested that the tenancy deposit scheme has costs running into hundreds of millions of pounds in fees and landlord administration  equivalent to around an extra £2 a week on the rents of all the country's rented homes.

Were tenants asked if they wanted such a deal? No  instead, campaigners complained of widespread landlord abuse over deposits, with some estimating that up to 40% of tenants felt they had their deposits withheld unreasonably. The legislation was rushed through in the 2000s yet since then fewer than 1% of deposit decisions have been disputed.

To expect perfect behaviour from all landlords or all tenants is unrealistic. But it is widely recognised that the majority of landlords offer an acceptable housing service, and there is a good deal of evidence to back this up. Sensible landlords know that tenants will not stay long if the accommodation and service are poor. That and other market processes mean that millions of tenancies are problem-free for both the landlord and tenant. If that were not the case, it is highly unlikely that the private rented sector would have expanded in the way it has over the past quarter of a century.

The problem is relatively limited but the difficulties in identifying and containing it, while keeping the efforts and costs of doing so within reasonable bounds, are great. Unfortunately, the curse of private rented sector regulation seems to be that it's both too expensive and too ineffective.

Inevitably, housing shortages restrict movement  but raising landlords' management costs (around 30-40% of rental income) through regulation makes shortages worse. Paradoxically, costly regulation can also lead to greater abuses as good landlords are put off by its burdens while the unscrupulous avoid its costs. In this way, the bad drives out the good and subsequent calls for even stronger controls simply make the situation even worse.

Some degree of regulation of the private rented sector is obviously essential to avoid bad practice, provide safe, healthy dwellings and ensure that the rental market functions well. But this should not mean policies that fail tenants and benefit no one or solely special interest groups. The benefits of regulation are often limited, but the costs are not.