What housing bubble? Boom turns to bust for some homes under the hammer


What housing bubble? Boom turns to bust for some homes under the hammer

Not even a price tag of £20,000 will persuade people to buy in some areas, if an auction in chichi W8 is anything to go by 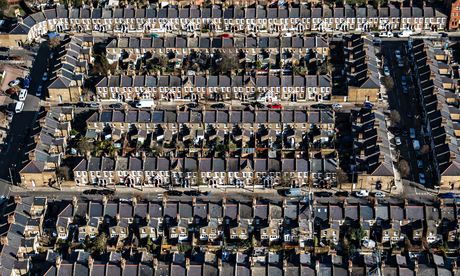 Kensington Town Hall  in one of the UK's most expensive areas to buy a home  is not the obvious place to discover that there is no house price bubble.

But on Thursday lunchtime, at a property auction in swanky W8, any notion that the entire country is experiencing a price boom are quickly quashed. If the property market is in a frenzy in some areas, then it is definitely still flatlining in others. Not even a price tag of £20,000 will persuade people to buy homes in some areas.

Of the 45 lots in the catalogue more than a third fail to make their reserve price, and on many of them there is not a single sign of interest from anyone in the room. For two hours homes all around the country go under the hammer, but while there are investors ready to spend, they know what they want  and what they don't.

Down the road, upmarket estate agent Chesterton Humberts has a window full of apartments with prices tags well above £1m, but in the auction room a four-bedroom, Grade II listed home in Worksop, Nottinghamshire, with outbuildings and large gardens, doesn't attract a bid at its £230,000 reserve price. The auctioneer utters a sad "clearly not today" as he swiftly moves on. A newbuild four-bedroom home in Durham with huge feature windows, also fails to appeal - even at a starting price of £80,000.

The properties  all repossessions  do often come with well-advertised faults. One man pays £100,000 for a property without a roof, while another stumps up £38,000 knowing that he'll be able to view his new basement through the living room floor.

But not everything cheap is snapped up. A one-bedroom flat in Leigh, Lancashire, gets close to its reserve with a bid of £22,000, but not close enough. A three-bedroom end of terrace home in Middlesbrough fails to persuade anyone to raise their arm for a starting bid of £20,000.

Not even all the homes in the supposedly go-go south-east are snapped up  a two-bedroom flat in the London postcode of E15 sits on the shelf at £125,000.

It's not the end of the road for these unwanted homes  the results list will be sent out to thousands of people who didn't attend the auction and some of the lots are likely to attract bidders in the following days and weeks.

As George Osborne keeps saying  talk of a property bubble might be a little premature.