Why house prices are so expensive in the UK

For years we've built the wrong houses in the wrong places. We need to rethink the self-serving myths about the housing crisis 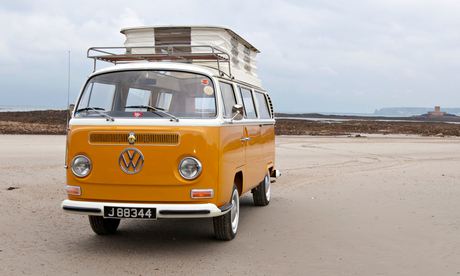 If you build Reliant Robins when people prefer Volkswagens, then VWs become unaffordable: that is what we have been doing with housing. Photograph: Alamy

We all know there is a housing crisis. The latest data shows that, on the best measure of affordability, a typical house is half as affordable as it was in 1997 and not a lot more affordable than at the worst point in 2007.

The debate about causes is full of myths, some of them extremely self-serving, such as the claim that we are in danger of concreting over England. As I showed in a recent article, the reality is that the green belt covers more land than all our built-up areas put together, and golf courses take up more land in Surrey (2.65%) than houses do (2.06%).

The most important reason for this crisis is that we have been drastically restricting the amount of land available for housing since 1947. Furthermore, the recent changes in the National Policy Planning Framework, far from increasing the take up of green fields as widely claimed, has done the opposite. House completions have increased from the catastrophically low levels of 2009 but housing starts  what is in the pipeline  have fallen by nearly 10% and planning applications are flatlining.

These are problems of market failure and land markets fail more than most, so they need regulation, which is what planning should do. But regulation needs to be informed by an understanding of how markets work. The problem is that our planning system seems to proceed as if it can entirely suspend the laws of supply and demand.

It is not just restricting the supply of something when demand is rising (in this case land when incomes and population have been rising). If you persistently build Reliant Robins and people prefer Volkwagens, then VWs become a luxury good and unaffordable. That, roughly speaking, is what we have been doing with housing supply. We have persistently been building the wrong houses in the wrong places.

Houses do not move about so demand is local  primarily where there are decent jobs. But also the evidence shows that as people get richer they try to buy more space (VWs rather than Reliant Robins) with a bit of garden and somewhere to park their VW.

We may wish to persuade people to use cars less and revive the prosperity of declining parts of the country. But it is preposterous to try to achieve this by refusing to allow houses to be built where there are jobs, where houses are expensive and without reasonable space. When lobbyists for the green belt claim there is an ample supply of brownfield sites, not only do they fail to recognise that brownfield sites are a legal concept including some of the highest quality amenity land in Britain, but also that few of them are in places where job prospects are good.

And it is not just across broader areas that there is this focus on building houses in the wrong places. It is within cities too. At a public hearing to discuss new housing in the West Midlands, when asked why the council's plan was not allowing homes to be built in more suburban areas, at lower densities, the answer was that if sites like that were available developers would just "cherry pick" them. In plain English, that means that developers would try to build the sort of houses in which people wanted to live, in the places they wanted to live. So obviously we should not let them do that. Which is why we have far too many Reliant Robins and not nearly enough VWs in our housing stock.