UK property market - what will the Bank of England do next? 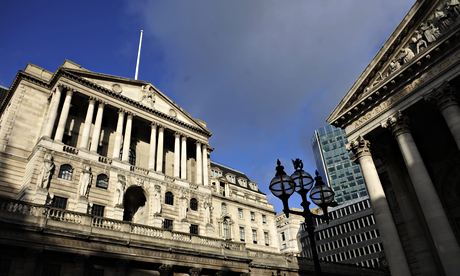 Britain is not experiencing a property bubble, but will only experience one if the Bank of England and Treasury make a hash of things Photograph: Facundo Arrizabalaga/EPA

More homes have been built in Doncaster and Barnsley in the past five years than in Oxford and Cambridge. Surrey has more hectares devoted to golf courses than it does to housing. These two facts explain a lot about the UK property market.

Put simply, it is a case of the irresistible force meeting the immovable object. The irresistible force is demand for real estate, driven by population growth, foreign cash, the sense that property is a better long-term investment than any of the alternatives, oodles of cheap money and government subsidies.

The immovable object is the lack of supply: tough planning laws; the regional mismatch between homes and jobs; the reluctance of homeowners to sell or downshift. Put demand and supply together and what you get is a market hard-wired for above-inflation increases in house prices, with the inevitable tendency for bubbles to appear.

Given Britain's history, it is hardly surprising that the Bank of England is on bubble alert. Sir Jon Cunliffe, one of Threadneedle Street's deputy governors, rightly pointed out this month that there have been more hard than soft landings for the housing market in the UK's recent history.

Potential buyers should heed Cunliffe's warning. Britain is not yet experiencing a property bubble, but will if the Bank and the Treasury make a complete hash of things. Policymakers have started to use their powers to prevent a boom-bust. As a result, this is a temporary boomlet rather than a repeat of the booms of 1973 and 1988.

In the long run, the housing market needs an increase in supply. Paul Cheshire, emeritus professor of economic geography at the London School of Economics, says there has been a slowdown in the number of homes built: from 4.3m in the 1970s and 1980s to 2.7m in the two decades up to 2012. Planning restrictions have meant the price of land has gone up even faster than house prices, which is why new homes tend to be some of the smallest in Europe.

Cheshire's solution is to ease green belt rules. It is a fallacy, he says, that the green belt  which covers one and a half times as much land as all the UK's towns and cities put together  is so precious that it must never be violated.

"Our towns and cities are far greener than green belts," Cheshire writes in the latest edition of Centrepiece magazine. "Not only is the biggest land use within them parks and gardens, but they also provide far richer biodiversity than intensively farmed land. Just less than 10% of England is built up, but gardens cover nearly half that area. In contrast, the most important land use in greenbelts is intensive arable (74% in Cambridge), which generates negative net environmental benefits."

Changing planning laws is one way of dealing with the imbalance of demand and supply in property. A rebalancing of the economy so the population moves to areas where there is an abundance of housing would be another. Both would take time to have any impact, however, even assuming politicians are prepared to countenance them, which is debatable.

As a result, all the action in the short term involves bearing down on demand. The Bank has started to do this by obliging lenders to conduct mortgage market reviews for potential borrowers. These involve detailed questions about their future finances and assessing whether they could withstand a rate rise to 7%. The intention is clear: no more ninja (no income, job or assets) loans of the sort that caused many of the problems last time around.

The second phase of the Bank's intervention in the property market is imminent. This involves lenders having enough capital set aside to withstand a 35% fall in house prices, something that has never happened, even after the wildest booms. Tougher capital rules will limit the amount of money banks can lend and squeeze demand still further.

There are signs these policies are having an effect. A report by e.surv, a firm of chartered surveyors, found house sale approvals fell by 17% between January and April, the month that is traditionally the start of the buying season. The Halifax has reported falls in prices in each of the past two months.

This could, of course, simply be the market pausing for breath before a further surge in activity and prices in the coming months. But as Richard Batley of Lombard Street Research points out, it all comes down to a question of affordability. If housing is affordable, demand will rise and  if supply remains constant or fails to keep up with demand  prices will rise.

But houses are only affordable if one of two conditions apply: they are cheap relative to household incomes, or debt service payments are low relative to income.

The first condition certainly does not apply in the UK. Over the past 50 years, the average ratio of house prices to income has been 3.4; it currently stands at 4.3. Houses are expensive and, with incomes now rising only slowly after more than half a decade of decline, are set to become more so.

The second condition does apply, however. A prolonged period of ultra-low interest rates means that first time buyers have to put aside a far smaller proportion of their income to service mortgages than they normally would: 28% in the first year of a home loan against a 50-year average of 50%.

As Batley notes, the housing market is benefiting from a Bank-imposed "teaser" rate that has enabled first-time buyers to pick up homes that would normally be out of their reach. In some areas, particularly the north, the assistance provided by the Bank has been supplemented by George Osborne's Help to Buy scheme: the Treasury's £12bn subsidy to the housing market.

The Bank has it in its gift to end the party any time it chooses. All it needs to do is whack up interest rates and it will be a case of job done. Mortgage service costs will rise, over-extended households will be financially clobbered, house sales will dry up and prices will fall.

That's a last resort, so for now it could signal its intent by cutting the upper limit on Help to Buy from £600,000 to £300,000, still well above the level of the average transaction under the scheme. That would give the appearance of doing something without actually doing anything, leaving draconian measures for later should they be needed. But be clear. The Bank has enough weapons to rein in the property market. The issue is whether it does so the nice way or the nasty way.