No alarm over house price rises, says Bank of England 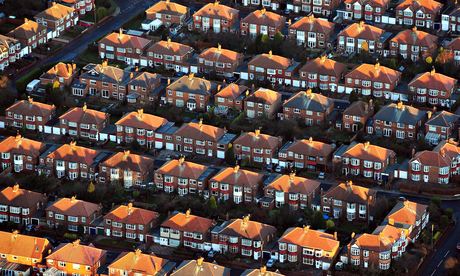 No cause for alarm over house prices, says one MPC member. Photograph: Owen Humphreys/PA

A Bank of England ratesetter has said there is no cause for alarm over the housing market. Ben Broadbent, a member of the Bank's monetary policy committee, said it was no surprise that the property market was recovering alongside the wider economy and that credit growth was not a worry.

"What really matters is not just house prices per se but whether there is a lot of credit growth on the back of that. Currently there isn't a great deal," Broadbent told the BBC.

"It's clearly something the Bank and the financial policy committee (FPC) will want to keep an eye on."

Broadbent said the Bank had already acted to calm demand for mortgages by switching its Funding for Lending Scheme away from home loans to business lending. He added that the FPC, of which he is not a member, could impose measures to keep mortgage lending standards in check and ensure the size of loans compared with house values and incomes did not get out of hand.

Broadbent underlined the Bank's view that when interest rates rise they would do so gradually and would probably peak below their level ahead of the financial crisis. He said the moderate pace of increase was more important than when the first rate rise arrived.

The FPC, whose job is to guard against risks to the financial system, meets next month. Many economists expect it to take steps to control credit in the housing market as the economy expands.

The CBI said on Monday it was on high alert over house prices amid fears that the booming market in London and the south-east was heading into a bubble. The business lobby group brought forward its forecast for the next rise in interest rates to the first quarter of next year.

Mortgage lending increased in the first quarter of this year from a year earlier but activity slowed from the end of 2013, the Council of Mortgage Lenders said on Thursday.

New loans to homeowners for house purchases rose 27% in the first three months of 2014 from the year before but fell 16% from the final quarter of last year. In March, the number of mortgages was up 17% from a year ago but 4% from February.

Gross loans in the resurgent market for buy-to-let properties were up 46% in the first quarter from a year earlier but rose 4% from the final quarter of 2013.

Paul Smee, the CML's director general, said: "All types of lending show positive year-on-year growth but the rate of increase is not as frenetic as at the end of 2013. Buy-to-let lending continues to recover and regain market share."

Presenting the Bank's quarterly inflation report on Wednesday, governor Mark Carney said higher interest rates would not be the first means used to cool the housing market. He quashed growing City speculation that the MPC would be forced to raise interest rates sooner than it had forecast.

Monetary policy would be "the last line of defence" after the FPC had used its new powers to intervene in the market, Carney said, although he added that there were limits to what the committee could achieve. "The FPC will not be targeting house prices. What the FPC can do is reduce risks that emanate from the housing market and help mitigate them."