The Bank of England's capital problem 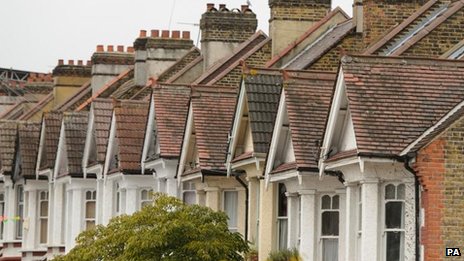 To state the bleedin' obvious, it's bloomin' marvellous that the economy is growing again, blah blah blah.

But stats out this morning show there is still some way to go before we can be confident that the recovery is entrenched, or that it is yielding significant benefits for the vast majority.

So, for example, although we learned last week that in March - on the official figures - prices rose slower than earnings, and thus that living standards might at last be improving for the first time in five years, that gorgeous trend looks to have been (ahem) short lived.

So, to tell you what you have already worked out, we are not getting richer, as individuals, at any great rate of knots, and we may in fact still be getting (a bit) poorer.

There are two other regions [apart from London] where prices are above the pre-crisis peak: the south east of England, which is now 3.4% above the ante-deluge high, and the east, where the rise has been 3.1%

Here is the big thing: according to the Office for National Statistics, London properties are now worth a staggering 25% more than their pre-Crash peak in January 2008.

Which of course gives me - and other members of the London property owning plutocracy - a lovely warm feeling. Except that it is a semi-meaningless rise in price, in that I can't take the money and run, because I have to live here (curses).

And just to rub it in for the rest of you, there is no other part of the United Kingdom where price rises have been anything like as strong.

There are two other regions where prices are above the pre-crisis peak: the south east of England, which is now 3.4% above the ante-deluge high, and the east, where the rise has been 3.1%.

Nowhere else in the UK have prices returned to where they were.

Here is another way at looking at the huge regional disparities in the housing market: London prices rose 17% in the year to March, they rose 5.3% in Yorkshire and Humberside, but only 0.8% in Scotland and 0.3% in Northern Ireland.

So if there is a dangerous boom it is pretty localised, on London - and, to a much lesser extent, the South East in general (prices in the South East rose 6.1%).

Is it such a bad thing that the London property market is red hot?

Well there are a few reasons why it might well be a very bad thing.

First, it means - as the Bank of England has pointed out - that when properties are being bought with debt, with mortgages, the loans are likely to be a huge multiple of the earnings of the buyer.

According to ONS figures, a typical London property is priced at £459,000 and a typical London wage is about £35,000. Which means houses are selling for 13 times typical or median earnings.

Or to put it another way, they are only affordable - if bought with debt - at current historically low rates of interest.

If interest rates were to rise, new property owners might find they could not afford to keep up the payments. And banks that have made these high-loan-to-earnings loans might find they were facing a rash of bad debts and losses.

Second, there is and will be contagion from a red hot London market to the rest of the country. An unaddressed bubble in London will pump up bubbles in adjacent regions, as buyers feel compelled to look for value and affordability elsewhere.

And to be clear, even outside London, the ratio of prices to earnings is high by historical standards: the latest ratio of of national house prices to average (not median) earnings, excluding bonuses, is 10.8 - which is, of course, distorted by the London bubble, but gives you an idea that houses are not exactly cheap-as-chips anywhere.

So if we look at the next hottest market, the South East, and we compare prices with median or typical earnings just in that region, the ratio is a disturbing 11.

In other words, the risk of boom and bust is not focussed just on London.

Third, this is not just about the risk of financial pain for over-stretched homeowners and reckless lending banks.

There is also a social cohesion point: London and the South East as a place where only hedge fund managers, investment bankers, Russian oligarchs, Middle East hydrocarbon sheikhs and vainglorious media folk can dwell does not sound like a country fit for heroes.

So what's to be done?

Well the governor pointed out what more-or-less everyone in the UK has known for years, which is that house prices will remain inflationary, unless and until a way is found to increase the supply of new accommodation, either through building more or making it easier to release empty offices and shops for residential use.

But turning on the tap of new homes can't and won't happen rapidly - even if the government is up for it.

That said, the Bank of England has some ability to take some of the heat out of the market, even without putting up interest rates - in that it now has a Financial Policy Committee, that sits alongside the Monetary Policy Committee, which has the power to rein in banks when they are perceived to be lending in a way that could be dangerous and destabilising.

So at next month's FPC meeting, it would not be a great surprise if the FPC announced that it would make it more expensive for banks to provide loans that are a relatively high multiple of earnings, by increasing the capital charge for such mortgages.

That would mean banks would have to hold more capital relative to such loans, and that would be costly for them, so such loans would become scarcer and pricier for customers.

The FPC might also suggest that the government halve the value of houses, from £600,000 to circa £300,000, that are eligible for the public-sector subsidy under the Help to Buy scheme - which is supposed to help first-time buyers in the pre-owned dwellings market.

However, that would mean bringing forward the official timetable for the Bank of England's review of Help to Buy.

In other words, the Bank of England is not a bystander.

But there are two important caveats here.

First, these powers to curb banks' lending are brand new, and untested. We just don't know how effective they will be.

Second, much of the fuel in the London market is from cash buyers. And the Bank of England has no ability to prevent those buying with their own wonga, rather than debt, paying silly prices.

Which is probably why, whenever I talk to the folk at the Bank of England, they don't exude huge confidence that they can prevent London and the South East from continuing to party until there is the mother of all hangovers.