By building for sale as well as rent, housing associations can house 12 million people across communities, conference is told 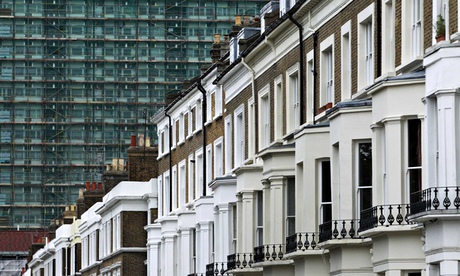 The sector could achieve a turnover of £70bn and build 120,000 homes a year  half the 240,000 a year needed to keep up with demand, says Catherine Ryder of the National Housing Federation. Photograph: Luke Macgregor/Reuters

The social housing sector could double its provision as politicians struggle to tackle rising demand and low rates of house-building, a central London conference has heard.

Catherine Ryder, head of policy at the National Housing Federation (NHF), told the conference last week on the future of housing that government should be reminded again of the combined "contribution of housing associations to solving the housing crisis and building homes and communities".

Eventually, the sector could achieve a joint turnover of £70bn and build 120,000 homes a year  half the 240,000 a year needed to keep up with demand. Poised to move on from its roots, housing the poorest, it could provide homes of different types across communities; this could include more housing for outright sale, and acting as landlord for up to one in 10 of those living in the private rented sector.

"[Housing associations] have a huge desire and ambition to do more, delivering homes for all parts of the market," Ryder said. "We believe that by 2033 housing association will be seen as social enterprises building and managing good quality housing across all income groups."

She thought it important that the sector tackled the myth that housing associations are "part of the problem" and instead set out their ability to help solve the housing crisis. But she insisted that they would need government support to do this. "We are going to need some help with this," Ryder said. "This is something we think government can do. There's an absolute need for housing associations to make this contribution because if we don't, who will?"

The NHF is lobbying for the debt cap on councils to be lifted so that they can build, and for faster release of public land for new housing  both being considered by Labour as part of the Lyons review.

Mark Henderson, chief executive of Home Group, agreed that housing associations could do more for their communities but warned against allowing small pockets of good practice to emerge rather than spreading new ideas at scale. "Should we have all these different bespoke schemes, or do our bit to bring that together? The sum of the parts is greater than the individual campaigns," he said.

 Want your say? Email housingnetwork@theguardian.com to suggest contributions to the network.