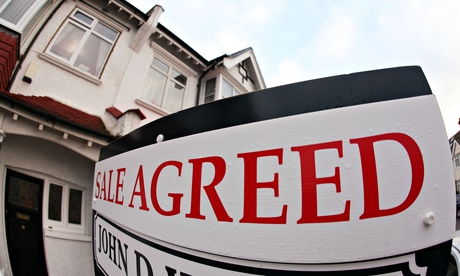 London house prices are booming, which is great for some  but not for most. Photograph: Martin Keene/PA

George Monbiot (Comment, 3 June) asks why Rinat Ahkmetov pays less council tax for his £136m flat in London than the owners of a £200,000 house in Blackburn. This forms part of his argument as to why he considers that the only way to fairness in housing is to tax property.

One answer, of course, is that council tax is computed to discharge the relevant local authority outgoings as between the residents of a particular borough; not to punish property owners for being wealthier than George Monbiot likes. Another point to observe is that while the stamp duty on a £200,000 property is £2,000, the stamp duty on a £136m property is hugely more at £9,520,000. Finally, it should be noted that figures from HMRC for 2012/13 show sales in Kensington & Chelsea together with Westminster brought in £708m in stamp duty, which exceeds, by £73m, the total stamp duty raised by the Scotland, Wales, Northern Ireland, the north-east, the north-west, Yorkshire and Humberside put together.

So George Monbiot is mistaken in thinking that expensive London property is somehow under taxed.
Patrick Way QC
London

 Your two-page spread on Londoners who have "made" six-figure capital gains on property in London (Families leaving London with a real capital gain, 7 June) perfectly illustrates the need for a property tax. Though some of these people did improve their houses before selling them, most of the gains came from house price inflation. Some may regard this as a smart "investment", but it's actually just a windfall, for unlike real investment, it creates nothing that doesn't already exist. Since money only has value if there are goods and services being made for sale that it can buy, their windfalls depend on those who do productive work producing more than they get back in earnings. Hence the windfalls are parasitic on the labour of others, including many people who would need to work for 10 years to earn as much.
Andrew Sayer
Lancaster

 Your article about young, successful families cashing in on the obscene profits being made on homes in the capital makes me want to weep. We're losing "real" people we need in London; they're being replaced by the wealthy and foreign investors using the property market to make vast amounts of money.

I live in central London, and any property in this area is bought by absentee companies or landlords. New-builds which start at £600,000 for a two-bed are snapped up off plan by foreign investors, and left empty or tenanted by wealthy overseas students. I chatted to some students in the park the other day about the cost of living in London. One, a Chinese girl, said her parents are paying £1,000 a month for a tiny room in a four-room flat.

What chance do we as ordinary working people have to remain here when your paper is lauding the gains made on what should be homes for the working people of London? You report an estate agent saying his friend bought a flat for £60,000 that is now worth £400,000, 12 years later. So what? I don't want to hear how well estate agents are doing out of the misery caused by this and previous governments' failure to stop the loss of all affordable housing in London. Our communities are dwindling as young working people move out to the suburbs or abroad to find something that should be everyone's right in a civilised society, a place to live. We must do something before it's too late and London is left only for the wealthy or transient population.
Margaret King
London

 CPRE welcomes Sir Michael Lyons' comments that councils should be allowed to build more houses (Let cities grow, Labour urged, June 6). This is an important step towards getting the right type of homes built in the right places.

We are concerned, however, about his suggestion that urban containment is no longer important. We believe that the housing crisis this country faces can be seen as an opportunity to rejuvenate our towns and cities. By focusing on brownfield sites and increasing urban densities we can secure more vibrant places to live while making better use of existing infrastructure. It isn't just about protecting the countryside, but about ensuring we make the most of our urban spaces.

Lyons appears focused on adding urban extensions on to existing settlements. Where towns have insufficient capacity to accommodate development within existing boundaries this approach is likely to provide a more sustainable option for new development than free-standing new towns. In office, Labour showed great vision by promoting an urban renaissance. This has helped revitalise many towns and cities, but there is a great deal more to do to make our urban areas fit for the 21st century.