London house prices have come off the boil, say analysts


Survey by Rightmove shows that asking prices in the capital fell by 0.5%, suggesting they may have hit an 'affordability cap' 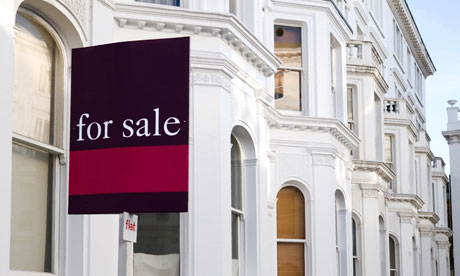 House prices are being monitored by the Bank of England ahead of the Financial Policy Committee meeting. Photograph: Alamy

The debate about house prices is reignited on Mondayamid claims by Britain's biggest property website that prices for homes have come "off the boil".

For the first time this year, the asking prices posted on the Rightmove website for homes in London fell by 0.5% in early June, compared with the month before, in part due to a rapid increase in sellers rushing to cash in on rising prices.

In some areas, especially in London, prices may have hit an "affordability cap", the website said.

Rightmove added that asking prices have "come off the boil" and prices in England and Wales are at a virtual standstill, rising by just 0.1%  or £272  on the previous month.

On a year-on-year basis, though, prices in London are up 14.5% on a year ago, even after the slide in asking prices put on sale by estate agents compared to the month before.

Even so Rightmove said the findings will come as a relief to the Bank of England ahead of the meeting of its policymaking body, the financial policy committee (FPC) this week.

The rapid rise in house prices has been the subject of much debate, particularly since last week when chancellor George Osborne said he would give the FPC new powers to impose caps on the amounts banks and other lenders hand out for home loans compared with customers' incomes or the value of their property.

While the FPC is not expected to use such powers immediately, the chancellor announced his intention to give the Bank of England additional scope over lending, just as the governor Mark Carney was warning interest rates could begin to rise from their historic low of 0.5% earlier than expected.

Charlie Bean, the retiring deputy governor of the Bank, told the Sunday Times, that the first rate rise in five years would be a "symbolic step because it will be an indication that we are on the road back to normality".

He added: "Frankly, having interest rates at an emergency level for a very long time is not a situation one wants to be in." According to the Nationwide building society, house prices have reached their pre-crisis peak, with London driving the boom with annual price rises of 18%.

Rightmovemeasures the asking price of houses, while Nationwide bases its findings on mortgages it approves each month.

"The London market powers the rest of the UK but is starting to run out of steam, said Miles Shipside, Rightmove's director and housing market analyst.

"While the legacy of rises in central London continues to ripple out to its better-value commuter belt, fuelling price increases in all southern regions, London itself is now marking time. It's an example to the rest of the country of what happens when affordability and common sense get stretched too far," he said.

The housing market usually dips in June and the summer months but Rightmove said this month's slide was below the 0.6% average over the past 10 years.

"Some sellers will be looking to cash in and possibly get a lot more house for their money further out, but they may have missed the peak in the rush to realise their gains as parts of London appear to have hit the upper limit price buffer.

"This rise in the number of sellers has also been seen in the north and, when combined with this month's price falls in five out of six northern regions, should put paid to some of the ill-informed national bubble talk," said Shipside.

He pointed to the introduction of the mortgage market review, which forces lenders to scrutinise borrowers' income and outgoings and check they can still afford repayments if interest rates started to rise.

"It is certainly causing a major headache for some estate agents with U-turns by lenders meaning sales falling through and heartache for buyers and sellers who thought they had a deal agreed," Shipside said.