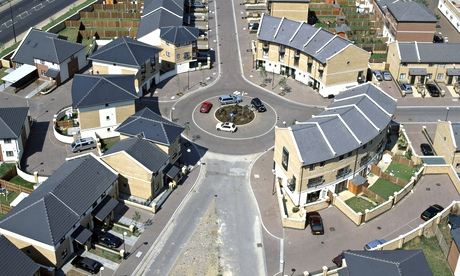 UK house prices rose by 10% over the last year, with a near-19% increase in London, according to official figures that intensified the debate about whether policymakers need to cool the market.

The Office for National Statistics said house price inflation in April  at 2% in a single month  was the highest for almost four years. Average UK house prices jumped 9.9% over the year to April with increases in all regions. Across England prices were up 10.4% while property values in the capital rose at their fastest pace for almost seven years, up by 18.7%.

The data came as the Bank of England's financial policy committee (FPC) convened to discuss the biggest risks facing the UK financial system. House prices were expected to be top of the agenda, with committee members considering new powers handed to them last week by the chancellor, George Osborne, to curb house price rises. The committee will unveil any decisions in its financial stability report on 26 June.

City economists polled by Reuters say the most likely action to cool house prices from the FPC will be a cap on mortgages compared to a borrower's income.

But some commentators say it may hold off as there are signs the market is already cooling.

The government faces fresh criticism of its Help to Buy scheme, which some have blamed for stoking a house price bubble. The Commons public accounts committee will say on Wednesday that ministers have staked billions of taxpayer funds on the untested housing strategy and violated Treasury guidelines. The mortgage guarantee scheme was introduced by Osborne in March last year.

In its damning report into the way Help to Buy was introduced, the public accounts committee berates Eric Pickles's Department for Communities and Local Government (DCLG) for failing to analyse the overall impact of its housing strategy.

"In the case of Help to Buy, it did not carry out any assessment of alternative, potentially more effective options before going ahead with the scheme  a violation of Treasury guidelines," said the committee's chair Margaret Hodge.

"This means it has committed to spending up to £10bn on supporting Help to Buy without establishing whether it represents the most effective way of using taxpayers' money to achieve its objectives.

"The department will not carry out a comprehensive evaluation of the scheme until 2015, by which time billions of pounds will already have been spent."

The credit ratings agency Fitch warned last week that rising house prices threatened Britain's economic recovery. The International Monetary Fund this month urged the government to consider reining in the Help to Buy scheme, which initially provided first-time buyers with an interest-free loan to buy new-build homes. Its second phase offers lenders a taxpayer-backed guarantee on loans of up to 95% of a property's value on homes costing up to £600,000. The government has argued the scheme helps first-time buyers onto the property ladder and rebuffed the public account committee's comments.

Housing minister Kris Hopkins said: "The government completely rejects this report which sacrifices thorough analysis of Help to Buy in favour of a grandstanding headline." He added that the scheme was "offering excellent value for money for taxpayers" and had helped drive up house building to its highest level since 2007.

Housebuilder Crest Nicholson also defended the scheme on Tuesday as it reported a jump in profits on the back of Help to Buy and the resurgent housing market. The company said the government's scheme was providing "a level of forward visibility that enables the industry to plan ahead with confidence".

Property market experts argue that whatever the Bank of England decides to do it will not solve Britain's long-term housing problem. They point to estimates that 250,000 new homes are needed a year to meet demand in England alone.

"The only real solution to the housing crisis is to build hundreds of thousands of new houses. The government must mobilise the public and private sectors to do so as part of a massive house the nation campaign. Anything else only treats the symptoms, not the disease," said Bruce Dear, head of London real estate at Eversheds law firm.