Dozens of Diggers Buried Underneath London's Most Expensive Homes 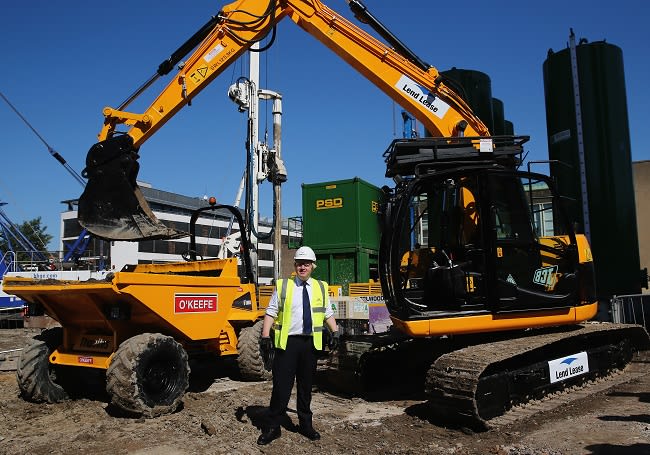 If you ever view someone's pool or personal cinema in the basement of their luxury home in west London, the grandiose of the spectacle might quickly fade when you know a JCB digger is buried just metres from the surface.

It turns out it's cheaper and easier for property developers in parts of posh west London areas such as Belgravia, Chelsea, or Mayfair to just leave a digger entombed than to bring it to street level.

Developers believe there could be as many as 1,000 diggers - valued at £5 million - buried underneath homes, which are now becoming an increasingly big obstacle to future expansion.

Planning laws currently restrict homeowners from building upwards, so digging deep is the only way to get a mega-luxury development.

Writing in the New Statesman Ed Smith, said: "The new method, now considered standard operating practice, is to cover the digger with "hardcore", a mixture of sand and gravel. Then a layer of concrete is simply poured over the top. Digger? What digger?

"The digger has literally dug its own grave  just as the boring machines that excavated the Channel Tunnel were abandoned beneath the passage they had just created."

Kevin O'Connor, managing director of Cranbrook Basements, however, dismissed the claim of the presence of these diggers as "ludicrous".

He told the Evening Standard: "Under no circumstances would this ever happen in a professional environment.

"The diggers used are tiny little machines and they can be lifted out with a block and tackle. There is always an exit strategy for the equipment."

But if true, what would future civilisations say to this discovery?

According to Smith, this metallic icon would be "a special sacrificial gesture, a symbol of deep thanks to the most discussed, revered and pre-eminent god of the age, worshipped around the world: London Property."