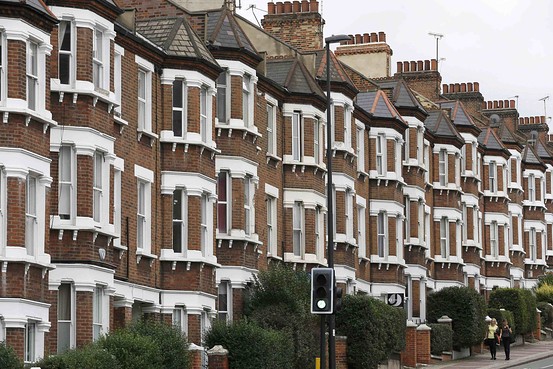 There are some signs that suggest the British housing market could be coming off the boil.

If thats correct, the question then is whether prices stabilize at current levels or the market starts to buckle under the weight of its own excesses.

So whats the evidence?

The minutes to the latest Bank of England Monetary Policy Committee meeting suggest some weakening of activity.

Mortgage approvals have been falling back and were down 17% in April from their recent peak in January. Meanwhile, estate agents reported falling numbers of mortgage applications and declines in new buyer enquiries.

More recently, the June monthly house price sentiment survey compiled by estate agency Knight Frank and data firm Markit shows the balance of home owners who expect the value of their houses to rise in the next 12 months slipped to its lowest level since December, having hit a record high in May.

And total new mortgage lending in May was unchanged from the previous month. Although lending is up 12% on the same month a year earlier, the rate of increase has slowed dramatically. First-quarter growth was up 36% on the same period a year earlier, having been on a sharply rising uptrend since the second quarter of 2013.

The BOEs minutes suggested that mortgage market reforms might have something to do with the slowdown as some potential borrowers are cut off by stricter lending requirements.

To be sure, so far theres been little evidence of this incipient market weakness in price trends. The latest Halifax house price index showed an average U.K. gain of 8.7% in the year to May, while the Nationwide Building Society reported an 11.1% rise over the same period. 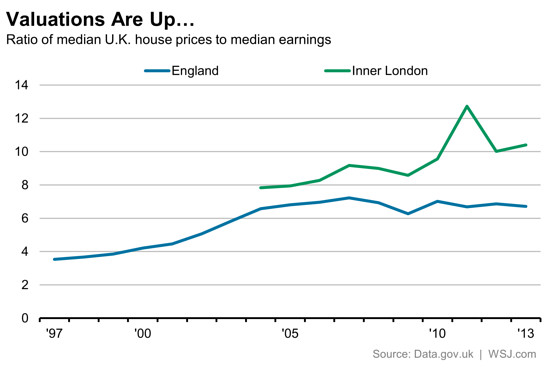 The growth in London prices is particularly rampant. Official data showed prices in the capital rose 18.7% on the year to April, though a more recent survey shows asking prices slipped by 0.5% in June on the previous month. 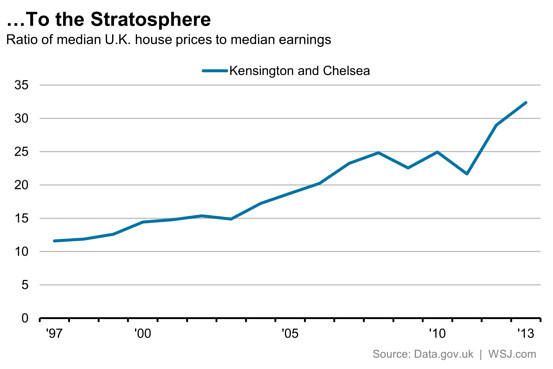 Indeed, that rise in London prices by nearly a fifth to new highs suggests the deeper reason why the market might be running out of steam. Thats because in greater London and its commuter suburbs, which represents about a quarter of national housing market, property prices now run around 10 times average incomes. Any tightening of mortgage rules make borrowing to buy even more improbable for most Londoners.

So what happens next?

As long as interest rates are held at historic lows, repayment terms will be broadly affordable for those who do have mortgages, even large ones. But the noises from the central banks policy setting committee suggest rates will start going up, perhaps before the end of this year.

As long as rates rise at only a modest pace and wage growth keeps pace, the cost of mortgage repayment shouldnt prove crippling.

Meanwhile, a substantial part of the top end of the market has been supported by inflows of foreign cash. As long as this keeps coming in, the market ought to remain stable. And there are signs that creeping capital flight from China is finding its way into the London market.

But unlimited flows of cash from around the world arent a given. Prices and the pound have risen to the point where London property is expensive not just for Londoners, but for rich foreigners as well.

Rising rates, a sudden slowdown in foreign interest and pinched off access to credit would then threaten a perfect storm for London and the rest of the U.K. market. And a not so benign outcome for the property market.